Bhubaneswar: Arun Bothra has been appreciated by both Patients and Authorities of a Delhi hospital.

They have lauded Chairman-cum-Managing Director of Odisha State Road Transport Corporation (OSRTC) and senior IPS officer Mr.Bothra for facilitating the supply of medical oxygen at a critical stage.

The lives of 68 patients were at stake with only one hour of oxygen left at the hospital.

At this critical juncture, Mr.Bothra, who along with some volunteers in Odisha and other states has created India Cares (@indiacares_2020), a platform on Twitter to help the needy during the pandemic, called for more help on Twitter to save the lives of the patients.

With the initiative of both Mr.Bothra and Mr.Gupta, 24 Type-D oxygen cylinders and a 14-ton oxygen truck were arranged.

Mr.Bothra tweeted nearly one and hour later that oxygen has been arranged and hospital authorities are comfortable and confident. 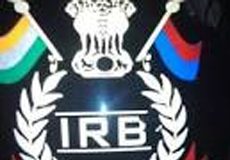