Bhubaneswar: The State Government has decided to adopt the Build, Own, Operate, Share and Transfer (BOOST) model for the development of non-major ports in the State.

Under the new Odisha Port Policy, 2022, the non-major ports (both existing and upcoming) will be offered for commercial development through private sector participation.

BishnupadaSethi, Principal Secretary Commerce & Transport has been instrumental in conceptualizing the new Policy, while talking to all stakeholders in the Port and Logistic Sector, officials say.

For the selection of promoters for the ports identified for commercial developments, bids would be initially invited for selecting suitable promoters on a competitive basis and will be selected as per technical and financial evaluation.

A Special Purpose Company (the Port Company) will be formed to implement and operate the non-major port. The port company can include the anchor user industries/projects as its stakeholders. However, aggregate investments of anchor industries/projects should be at least Rs.2,000crores over a period of five years, as per the Policy.

The lands for the port backup area will be procured by the port company and by its nominated agencies on behalf of the Commerce and Transport (Commerce) Department. The Department would then lease the land to the port company as per the existing land policy guidelines.

The entire project will be on the principle of Build, Own, Operate, Share and Transfer (BOOST), which will be initially remained for 30 years, after considering a maximum of 4 years of the construction period, with a provision of extension for two additional periods of 10 years each based on the merit of the application, to a maximum cumulative total of 50 years.

The BOOST period for more than 30 years could be considered for projects which entail sizable capital investment on account of site-specific marine conditions and backup infrastructure such as road, and rail linkages and which are either part of Special Economic Zones (SEZs) / Petroleum, Chemicals and Petro-chemicals Investment Regions (PCPIRs) and or included as anchor entities of such SEZs and PCPIRs developed as per the Acts /Rules of Government of India and Government of Odisha.

The company responsible for developing and running the port will fix the port tariff for all the services till a regulatory body is set up for this purpose.

A Logistics Cell will be established at Odisha Maritime Board (OMB) to augment the logistics infrastructure in the State.

Railway linkage projects for Greenfield ports will be structured on a joint venture or non-government railway model, or any new amendments or policies replacing the existing Policy issued by the Ministry of Railways.

Therefore, the OMB and the State Government will encourage the development of inland waterways and their integration with ports in the State. The OMB would identify and prioritise inland waterway routes based on social and environmental impact assessment and commercial attractiveness. 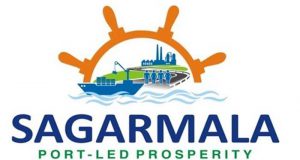 Tathya Correspondent - September 21, 2022 0
Bhubaneswar: Odisha, being a major coastal state it has been benefitted by Sagarmala Program for Coastal Community Development, which is  being implemented...