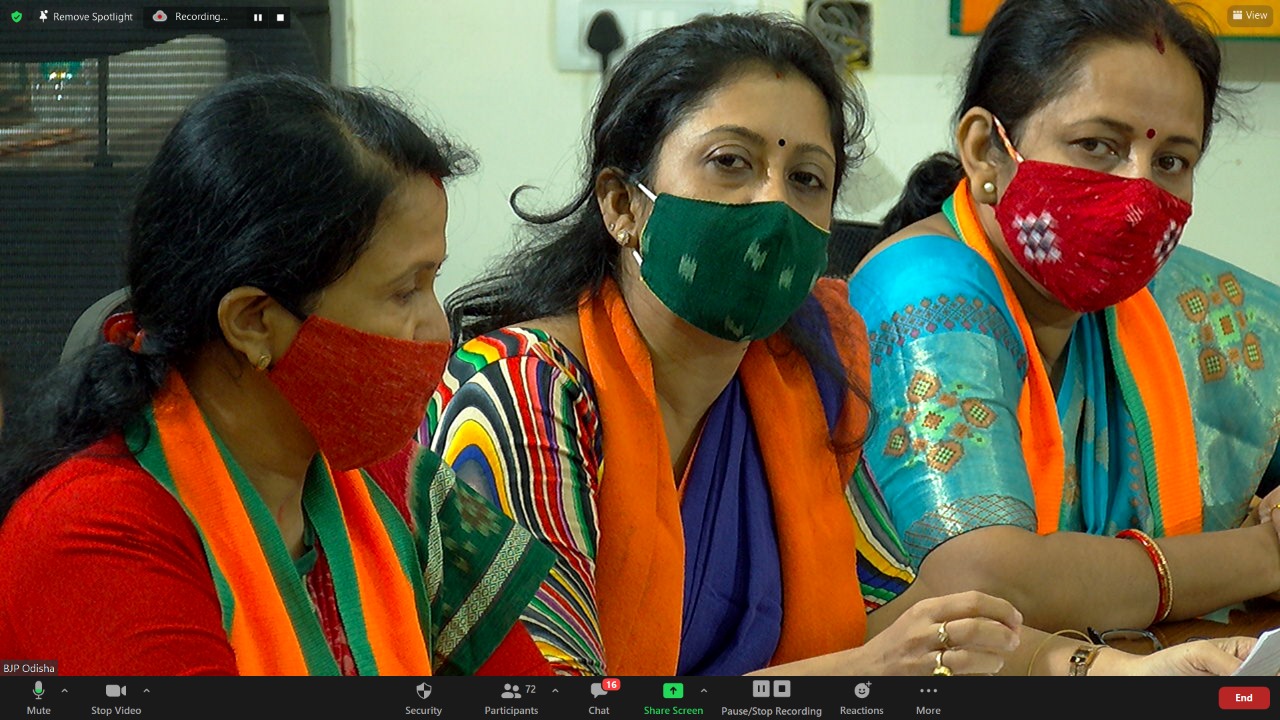 Bhubaneswar; The first executive body meeting of the State unit of BJP Mahila Morcha was held under the chairmanship of state president Smruti Patnaik on Sunday through virtual mode in view of Covid-19 restrictions.

The BJP leaders discussed the anti-women policies of the BJD Government and chalked out a roadmap to strengthen the women wing in the coming days.

Joining the meeting from New Delhi, Union Minister Dharmendra Pradhan urged the women workers and leaders to strengthen their base at booth level. Stating women are playing a major role in voting, Mr.Pradhan said political change will happen in the State under the leadership of women.

He appealed the BJP women activities to unite all women in all 40,000 booths and prepare political strategy.

Mrs.Patnaik alleged that the State Government has failed to take steps to tackle increasing crime against women and children. As per National Crime Record Bureau report 2019, Odisha is in second position in molestation cases, she claimed.

In the past four years, 6579 girl children have gone missing in the State. She said that the Naveen Patnaik government had failed to ensure better education, health facilities and safety for the state’s women.

The Centre has allocated crores of rupees to the state government for the ‘Beti Bachao Beti Padhao’ campaign. But, the State has failed to implement it in real spirit, they said.