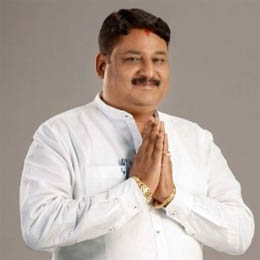 Bhubaneswar: The BJP Thursday announced Ashrit Pattnayak as its candidate for the ensuing by-elections for Pipili assembly segment, the polling for which is scheduled to take place on April 17.

The press statement issued by the BJP’s national headquarters and signed by its General Secretary Arun Singh said Mr.Pattnayak, who had also contested the polls from Pipili during the 2019 general elections, will contest the by-polls,

Mr.Pattnayak had lost the 2019 general elections to BJD candidate Pradeep Maharathy by 15,787 votes. While Mr.Maharathy, a 7 time MLA, got 88,518 votes, Mr.Pattnaik as the BJP candidate had secured 72,731 votes.

The by-poll is being held in Pipli Assembly segment due to demise of Mr.Maharathy in October, 2020. He was elected to assembly five times in a row from 2000 to 2019. Earlier, he also represented Pipili in Assembly in 1985 and 1990.

The BJD, which retained the Pipili assembly segment since 200, was yet to announce name of its candidate for the by-poll. The party has been contemplating whether to field any family member of Maharathy or nominate a fresher.

According to a notification issued by the State Chief Electoral Officer, the last date for filing of nomination papers is March 30 while the scrutiny of papers will be on March 31.

The last date for withdrawal of candidature is April 3.Counting of votes will take place on May 2 and the results will be declared the same day. 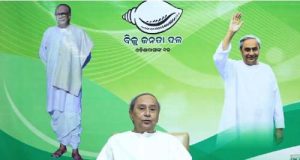