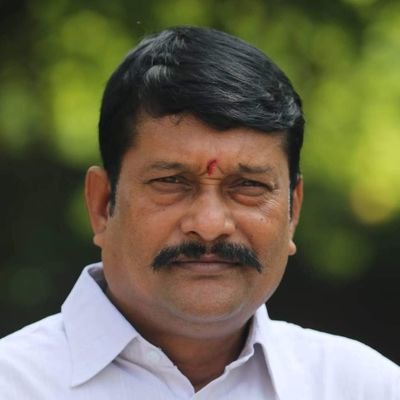 Governing BJD is yet to decide on its candidate for the crucial by-poll.

The BJP central election committee Saturday formally announced Purohit’s candidature in  Padmapur, from where he lost the election to BJD’s Bijay Ranjan Singh Bariha in 2019.

“Congress President Mallikarjun Kharge has approved the candidature of Satya Bhusan Sahu as party candidate for the ensuing by-election to the Padampur Assembly constituency,” AICC General Secretary Mukul Wasnik said in a statement.

Earlier on Saturday, BJP nominated former MLA Pradip Purohit for the bypoll in Padampur. Purohit is likely to file his nomination on November 14.

Mr.Purohit, a firebrand farmer leader was elected from Padmapur in 2014. Bariha’s death on October 3 has necessitated the by-poll.He will file his nomination paper on November 14, Leader of Opposition, Jaynarayan Mishra of BJP said.

BJP is using its strategy adopted in the  November 3 Dhamnagar by-poll where it trounced its nearest contestant BJD by 9881 votes to retain the seat.

The saffron party is in an upbeat mood after the win and its naming of the candidate before other parties is considered an advantage.

Mr.Purohit, confident of getting the party ticket, has already formally launched his campaign in Padmapur.

Governing BJD, which tasted its first defeat in any by-poll at Dhamnagar after 2009, is yet to zero in on any candidate for the seat.

Mr.Bariha’s wife Tilottama and two of her daughters are in the race for the BJD ticket but the party has not yet taken any decision.

“The BJD leadership is very serious about the selection of candidates in Padmapur as it does not want to repeat the mistake it committed in Dhamnagar. The party feels that a weak candidate and a rebel inside it lead to the defeat of BJD in Dhamnagar,” said a senior leader of the party.

BJD President Naveen Patnaik is this time stressing on the winnability of the candidate instead of the gender, he said.

The Congress has set up a panel to select its candidate for the Padmapur by-poll. “Our ex-MLA Satya Bhusan Sahu is likely to be the Congress candidate in Padmapur. I have spoken to him and he is prepared for the by-poll though he has some issues relating to resources,” said Congress MLA from Jeyore, Taraprasad Bahinipati.

Meanwhile, Mr.Purohit has alleged that BJD has been attempting to field some leaders after poaching from Congress as the ruling party faces problems in getting a proper candidate. Naveen Patnaik’s party fears that it may face a rebel candidate if any of its Padmapur leaders is chosen as the nominee.

The last date for filing nomination is November 17 and scrutiny will be held on November 18. Candidates can withdraw their papers by November 21, election office sources said.