Bhubaneswar: Biju Janata Dal (BJD) Monday decided to raise women reservation in the Lok Sabha and Assembly elections in the upcoming budget session of the Parliament which commences from January 29.

The BJD Parliamentary Party meeting held under the chairmanship of Chief Minister Naveen Patnaik here, listed out a series of issues concerning Odisha which need to be highlighted. The MPs from both the Lok Sabha and Rajya Sabha attended the meeting.

The regional outfit which has 12 MPs in Lok Sabha and 9 Members in Rajya Sabha, resolved to raise Chief Minister Naveen Patnaik’s favourite subject like women empowerment.

The party on its foundation day on 26 December, 2020, has announced that the BJD would continue to demand 33 per cent reservation of seats in Lok Sabha and Assembly elections across the country for women.

“The Chief Minister has directed all the MPs to raise issues concerning women empowerment and also the problems linked to Odisha’s interest,” Rajya Sabha MP and party spokesperson Sasmit Patra told  reporters after the meeting.

He said the BJD’s key issues also include to hike the minimum support price of food grains particularly paddy which is now fixed at Rs 1868 per quintal. The party has decided to demand to raise the MSP based on the recommendations of the M S Swaminathan Committee. The BJP in its poll promise had also pledged to raise the MSP of food grains as per the Swaminathan Committee recommendations, Patra said.

The BJD’s decision to raise the MSP in the Parliament is also politically significant as the opposition BJP has already launched an agitation highlighting mismanagement in the ongoing paddy procurement during the Kharif Marketing season.

This apart, the ruling party also resolved that the BJD MPs will also highlight as to how Odisha is neglected in terms of railway infrastructure development in the state. Though the Indian Railways generates around Rs 15,000 crore per annum from the state, it did not spend significantly for the completion of projects and not taking up new projects. The BJD MPs will draw attention of the Centre’s attention towards this issue also, Patra said.

The BJD, which in 2000 came to power by giving a call to fight for the interest of Odisha alone, will this time also make demand of Special Category Status for the state as the coastal state is vulnerable to the natural calamities.

This apart, the state Assembly, which has already passed a resolution seeking creation of a Bidhan Parishad (Legislative Council) in the state, is pending for the central nod. The BJD MPs will put pressure on the Centre to give its assent to form a legislative assembly in the state, he said.

This apart, the party MPs will also stress on the early completion of the proposed Rs 7,500 crore Coastal Highway project stretching from Gopalpur in Odisha till Digha in West Bengal. Though the project was approved a long back, the Centre has delayed its implementation. He said.

The coastal highway once completed will provide a facelift to infrastructure and economic activities in the region.

The BJD MPs, sources said, may take a tough stand against the NDA government this time keeping in view the changed equation between the BJD and the BJP in ground level in this Eastern State. 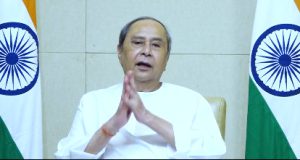 Tathya Correspondent - October 31, 2022 0
Bhubaneswar: Making an appeal to the voters of the Dhamnagar Assembly constituency, where by-election is scheduled for November 3, BJD Supremo requested...