BJD Supremo and Chief Minister Naveen Patnaik, decided to field a woman candidate, Abanti Das, from the seat in Bhadrak district.  She is Chairperson of Tihidi Panchayat Samiti.

The BJD said Shrimati Das has a long experience in women self-help groups under the Mission Shakti program.

Ex MLA Dhamnangar Rajendra Das, who was at the forefront of the race for party ticket, said: “I will fully support and ensure the victory of the BJD candidate in Dhamnagar. I have no remorse for not being a candidate this time.”

The Opposition Congress on Wednesday named Baba Harekrushna Sethi as its candidate for the 3 November by-election to Dhamnagar Assembly constituency in Odisha’s Bhadrak district.

The decision was announced in a press note issued by Mukul Wasnik, AICC general secretary in-charge of the party’s Central Election Committee.

The by-election was necessitated after the demise of BJP MLA Bishnu Charan Sethi on September 19.

Mr.Sethi, an advocate by profession, thanked Congress interim president Sonia Gandhi and OPCC president Sarat Pattnayak for nominating him as the party candidate for the Dhamnagar by-poll.

Though he will contest the Assembly election for the first time, Sethi said he is not new to politics.

“I am in politics since my student days,” Congress candidate told Media. 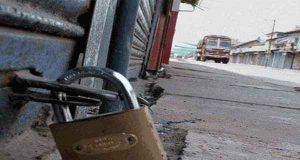 No Bandh Only Hartal; HC