Bhubaneswar: The Governing Biju Janata Dal (BJD) President Naveen Patnaik on Saturday made a major reshuffle within the party with immediate effect giving new assignments to the partymen as Senior Observers and the Observers for all 30 districts.

As per a media statement made by BJD General Secretary (Media Affairs) Manas Ranjan Mangaraj, six senior BJD leaders including Debi Prasad Mishra, Soumya Ranjan Patnaik, Prasanna Acharya and Maheswar Mohanty have been given crucial assignments. They have been appointed as Senior Observers for several Districts.

Similarly, Rajya Sabha MP Mr.Acharya to look after the party affairs in Cuttack, Jagatsinghpur, Kendrapara, Jajpur, Bhadrak and Balasore districts. Mr.Mohanty is the Senior Observer for Mayurbhanj and Keonjhar districts.

Two senior leaders Sanjay Das Burma and Arun Sahoo have not given any responsibility raises eyebrows. While Mr.Das Burma has been removed from the charge of Observers for two districts, Mr.Sahoo has not been enlisted. Some new faces have been included and young veteran Atanu Sabyasachi Nayak has been given crucial responsibilities.

This sudden reshuffle in the party during the pandemic has created a spark within the party circle and power corridor of Odisha Government. Local political analysts feel that it is an indication that a big change is likely to happen in the Government very soon.

Naveen may prepare for reshuffle in his Council of Ministers keeping an eye on  upcoming Urban and Rural Polls. Further, the change in faces in districts will encourage the party workers, who are in a little neutral mode due to Covid-19 pandemic, the Political Pundits say. 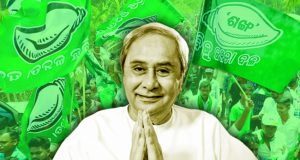 Himanshu - December 19, 2020 0
Bhubaneswar : Biju Janata Dal President and Odisha Chief Minister Naveen Patnaik today said the youths of the state would not like...