Bhubaneswar: The battle lines are now clearly drawn with all the three major political parties in State—BJP, BJD and Congress– announcing names of their Mayor candidates for the March 24 Urban Local Bodies (ULB) polls for electing the first woman Mayor directly by the people.

A day before, the Congress had named Mudhusmita Acharya as its candidate for the BMC Mayor post.

Dr.Mund, a native of tribal dominated Nuapada district, is the Chairperson of the Institute of Literature, Dakshya Foundation, and Managing Director of Dakshya Venture Private Limited.

She has also worked as a producer, director and script writer for TV serials, ad films and documentaries.

While BJD candidate Sulochana Das is a former journalist and State Commissioner for Persons with Disabilities (PwD), Mund is a writer and hails from the literary field. Congress nominee Madhusmita Acharya is the daughter-in-law of former Congress MLA Kangali Panda. She is also a sports organizer and former student leader.

While Rajya Sabha MP Subhas Singh has been named as the BJD candidate for CMC, Sanghamitra Dalai will contest for the Mayor’s post as a BJD candidate from (BeMC).

The polling for the state’s three municipal corporations and 106 other Urban Local Bodies (ULBs) are slated to be held on March 24 for which nomination filing process has started from March 2 and will continue till March 7.

“I express my gratitude towards the chief minister and BJD president for choosing me as the party’s Mayor candidate. I hail from a humble family and will try to meet the aspirations of the people,” an emotional Ms.Das told reporters here.

Starting her political career from Congress, Sulochana Das had later joined BJD and also worked as the regional party’s spokesperson.

The Bhubaneswar Municipal Corporation is spread over three assembly segments.

“I am happy that the Chief Minister considered me as a candidate for the CMC Mayor post. I will work hard for the development of the millennium city of Cuttack,” Singh said.  The CMC area is spread over three assembly segments.

Mr.Patnaik also named Sanghamitra Dalai as the BJD’s Mayor candidate for the Berhampur Municipal Corporation (BeMC) who started her political journey as a Congress candidate and later joined BJD and became a corporator of BeMC.

“I thank chief minister Naveen Patnaik for placing trust in me. We will work together for the development of Berhampur city,” Ms.Dalai said.

The State Election Commission (SEC) had already announced that this is for the first time that the Mayors and chairpersons of ULBs will be directly elected by the people. While the post of Mayor for BMC and BeMC are reserved for women, the CMC post was unreserved.

Polling in 106 ULBs (47 Municipalities and 59 NACs) and three Municipal Corporation will be held on March 24 while counting of votes and declaration of results will be done on March 26. 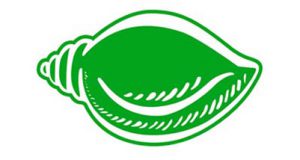