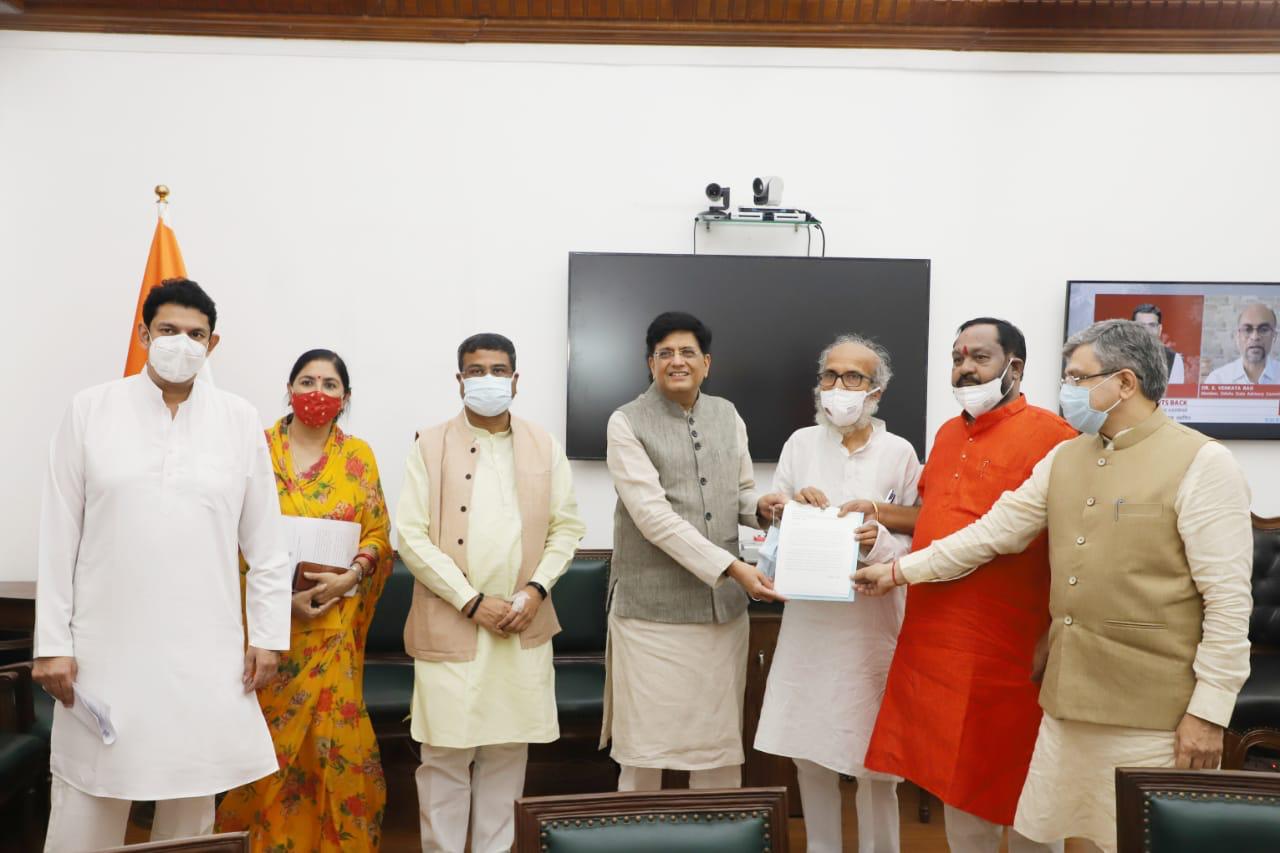 This new political initiative by the two political parties ruling at Centre and State has created murmur in the political circle in Odisha.

After a long time, the BJD resorted to protest against the BJP government and staged a demonstration before all FCI offices across the State over the paddy procurement related issues.

On the other hand, BJP is also not in a mood to stay behind. It has already launched a series of protests and rallies across the State over non lifting of paddy from Mandis, irregularities in distribution of Pradhan Mantri Awas Yojana (PMAY) houses and electricity tariff hike.

In their memorandum to Goyal, the BJP MPs said, “We, the elected representatives of the people of Odisha, are writing to you with regards to the irregularities, discrepancies, and unethical practices in the implementation of the Pradhan Mantri Garib Kalyan Anna Yojana (PMGKAY) scheme in Odisha, depriving the needy and eligible beneficiaries in the State from accruing benefits under this centrally sponsored scheme.”

About 12.94 lakh MT of food grains had been allocated to Odisha for distribution free of cost to more than 92.77 lakh NFSA card holders and 3.24 crore beneficiaries for the period April-November, 2020. However, only 12.5 LMT was lifted.

In addition to the food grains, about 27,853.89 MT pulses/whole chana had also been allocated to the State during the period, they said.

Similarly, about 11.35 lakh MT food grains have been allocated to Odisha for the period May-November 2021 under the PMGKAY. However, the State has lifted 6.22 LMT.

“It is concerning to note that lifting of food grains under PMGKAY and NFSA scheme is below 10% in districts of Kendrapada, Keonjhar, Khordha, Malkangiri, Mayurbhanj, Jharsuguda, Jagatsinghpur, Dhenkanal, Cuttack, Bargarh, Anugul, Balasore, Bhadrak, Ganjam & Sundargarh,” the MPs said, adding many of these districts are tribal dominated areas.

The huge discrepancies between the allocation done by the Centre and the distribution of food grains made by the Odisha government under PMGKAY and NFSA reveals the presence of ghost beneficiaries in the list of NFSA ration card holders, the MPs further alleged.

Violating the Central guidelines, the State government has resorted to mis-branding the scheme by promoting images of Chief Minister Naveen Patnaik, instead of details of free ration items and available benefits, they said.

The MPs sought personal intervention of Goyal in conducting an enquiry into the matter and issuance of necessary instructions to the state government for taking necessary actions to rectify the anomalies in the implementation of PMGKAY in Odisha.

In another interesting move, the BJD has recently laid the foundation stone for its office in Bhubaneswar at Unit-6, when the BJP has already moving fast in the same direction. Either it may be a coincidence or both the parties are somehow in a race or competition with each other, feels a local political pundit.