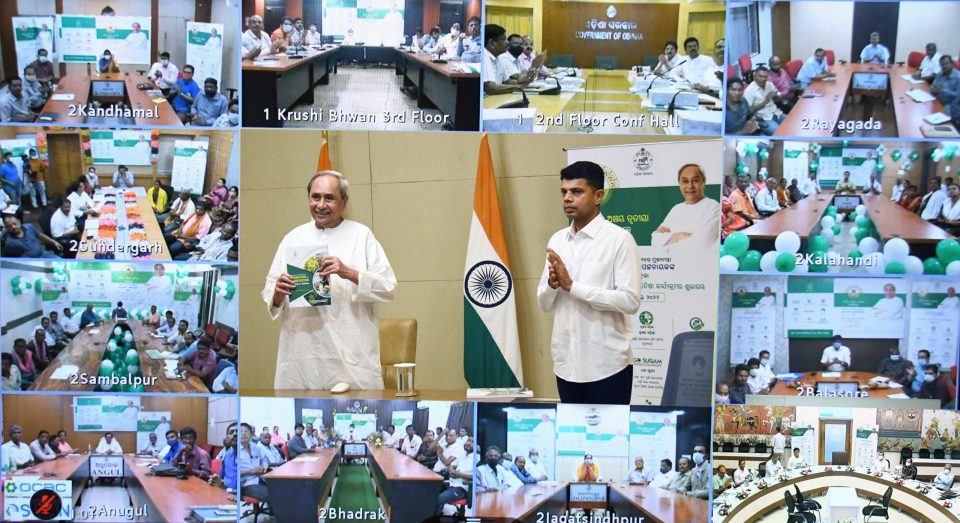 Bhubaneswar: Chief Minister Naveen Patnaik Tuesday said that Odisha’s farmers played an important role in food security not only in the state but across the country.

“Farmers are the mainstay of our economy. Our farmers have played an important role in food security not only in Odisha but across the country,” he said distributing Rs 800 crore Krishak Assistance for Livelihood & Income Augmentation (KALIA) assistance to 40 lakh small and marginal farmers across the State excepting in Jharsuguda for the Khariff crop on the occasion of Akshya Tritiya and Krushak Diwas.

The farmers have brought glory to Odisha, the Chief Minister said while complimenting them for their efforts.

CM informed that the State Government has made provision of Rs 20,000 crore for development of the agriculture sector.

The Chief Minister advised the farmers to invest this money in farming and improve their agriculture.

With the launch of the Rejuvenating Watershed for Agricultural Resilience through Innovative Development program, the Millet Mission and the Special Program for the Promotion of Integrated Farming were also launched.

Each farmer got Rs 2000 as assistance in their bank accounts directly distributed by the Chief Minister at a function held virtually.

“Thank you for your important contribution to the food security system across the country,” the Chief Minister told the farmers.

“We attach great importance to investment in agriculture,” he said. “We will continue to work to make agriculture a lucrative profession,” he said.

On the occasion, the Chief Minister inaugurated the new ‘Krishak Odisha’ portal for farmers. Farmers can get involved and update their data to get the services and advice they need.

He also launched the ‘Go-Sugam’ portal for farmers and agricultural entrepreneurs. It is the country’s first single Windows platform for farmers.

Agriculture Minister Dr Arun Sahu said that Odisha has taken the lead in agriculture due to the vision and strong leadership of the Chief Minister.

“Women are being given priority in agriculture,” he said while highlighting the various initiatives of the State government for development of agriculture.

A memorandum of understanding (MoU) was also signed between the International Food Policy Research Institute and the state Department of Agriculture to formulate a realistic policy to increase farmers’ incomes in agriculture and allied sectors. The Chief Minister also unveiled a guide for farmers’ organizations to empower farmers.

The Panas Mission and REWARD programme, expansion of Millet Mission and SPPIF Integrated Agriculture Programme at a total investment of Rs 34 crore were launched on the occasion by Mr.Patnaik.

While the Panas Mission has provided Rs 97  crore to the Panas farmers in six districts, the REWARD scheme has provided Rs 500 crore to increase the productivity of the farmland through a watershed program in a scientific manner.

Similarly, the Odisha Millet Mission has set aside Rs 2,808 crore for farmers in 182 blocks of 19 districts, while Rs 239 crore has been earmarked for the special program to promote integrated agriculture to 1.8 lakh farming families in 8 districts.

Rs 3644 crore will be spent on these four schemes.

At the event, Nirmal Nayak, a farmer from Kalahandi district, Baid Nayak from Balasore and Menaka Bhoi, a farmer from Sundargarh district, shared their experiences on how their farming activities have improved due to the major KALIA scheme.

They can easily buy fertilizers, seeds, etc with the assistance, they said.

A video of the new scheme and the application of digital technology in agriculture was shown at the function. 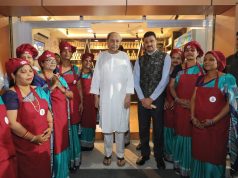 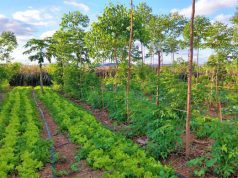 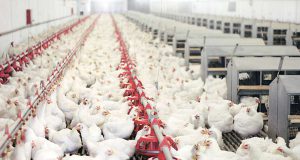 Tathya Correspondent - April 3, 2021 0
Bhubaneswar: While there are 3 Crore poultry birds in Odisha and every year the State is facing Avian Influenza(AI), setting up a...