Replying to a debate on Department of Rural Development Budget proposals in the State Legislative Assembly, Mr.Ghadai said, as a result 16905 unconnected habitations have been connected with all-weather roads and better road network has been provided to the facilities available in the Rural areas of the State.

During 2017-18, the State has provided connectivity to 1778 habitations by constructing 7141 km road against the target of 7000 Kms and the State achieved first position in terms of completion of length of roads.

Based on the performance of the State for implementation of the PMGSY scheme, the Union Government has given Rs.109 cr. as an incentive to the State towards maintenance of PMGSY roads.

The Minister said that in the financial year 2018-19, the state has provided connectivity to 1675 habitations by constructing 8130 Km. all-weather road and achieved the first position in terms of completion of highest length of road in the Nation, 1st position in completion of maximum road length in using green and environment friendly technology in construction of road work for a length of 2785 Km. and 2nd position in investment in asset management.

Basing on the performance of the State for implementation of PMGSY scheme, the Union Government has given Rs.75.83 crore as incentive to the State, he added.

He said the State Government has also launched the “Biju Setu Yojana (BSY) during 2011-12 for construction of bridges in all Rural Development Department roads & important Police Station roads to provide an effective and all-weather connectivity to the rural areas of all 30 Districts of the State.

At present 379 bridges are in the ongoing stage and 242 are under pre-construction activity stage. 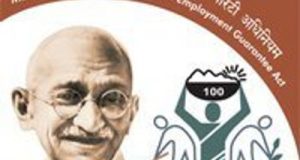 Tathya Correspondent - October 28, 2021 0
Bhubaneswar: While Odisha Government require the sanction of 25 Crore Persondays for  MGNREGA during this Fiscal of 2021-22, Union Government has slowed...