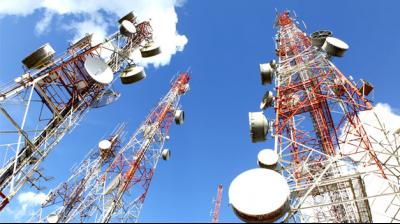 Bhubaneswar: Odisha will be greatly benefitted with the latest decision of the Union Government to provide 4G Based Mobile Services in Uncovered Villages of the Aspirational Districts, which are backward and internet connectivity is poor.

The Union Cabinet, chaired by the Prime Minister Narendra Modi, has given its approval for provisioning of mobile services in Uncovered Villages of Aspirational Districts across five States of Odisha, Andhra Pradesh, Chhattisgarh, Jharkhand, and Maharashtra.

These States are Maoist Affected States and the Project envisages to provide 4G based mobile services in the 7,287 uncovered villages of 44 Aspirational Districts across five States of Odisha, Andhra Pradesh, Chhattisgarh, Jharkhand, and Maharashtra at an estimated cost of implementation about Rs 6,466 crore including operational expenses for 5 years.

The project would be funded by Universal Service Obligation Fund (USOF). The project will be completed within 18 months after the signing of the Agreement and likely to be completed by November 23.

The work related to provision of 4G mobile services in identified uncovered villages will be awarded through open competitive bidding process as per extant USOF procedures.

The present proposal for provisioning of mobile services in the remote & difficult uncovered areas of Aspirational Districts across five States will enhance digital connectivity useful for self-reliance, facilitate learning, dissemination of information and knowledge.

And it will be helpful in fulfilling the vision of Digital India promoting domestic manufacturing and fulfilling the objectives of Atmanirbhar Bharat Yojana.

Similarly decision of the Union Cabinet for continuation of Road Connectivity Project for Left Wing Extremism Affected Areas (RCPLWEA) up to March, 2023 will also help out Odisha.

Road Connectivity Project of Left Wing Extremism affected Areas (RCPLWEA) was started in 2016 to improve connectivity in 44 LWE affected districts in 9 states. 5,714 Km road length 358 bridge works are balance for completion and another 1,887 Km road length and 40 bridges are being sanctioned.

The scheme is being extended up to March, 2023 for completion of these projects, which are very critical from communication and security point of view.

Participating in a meeting of Chief Ministers, chaired by Union Home Minister Amit Shah, to review the Left-Wing Extremism (LWE) situation, he said: “The State Government’s commitment will continue with our pro-active security strategy combined with sustained and holistic development of tribal areas to address the issue.” 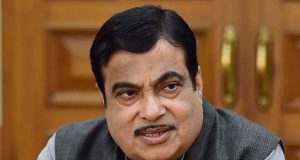 Tathya Correspondent - September 9, 2021 0
New Delhi: Union Minister for Road Transport and Highways Nitin Gadkari has said that Emergency Landing Facilities will be developed in between...