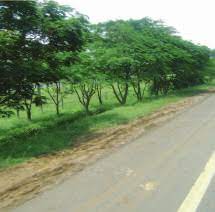 Bhubaneswar: The State Government has planted 3.65 crore seedlings covering 1.09 lakh hectares area under different programs and schemes including avenue plantation over 4727 Route Kilo Meter (RKM) in the State during the year 2021-22. These are planted on both sides of the roads.

This was informed by senior officials at a State level function organized on the occasion of the World Forestry Day here at Jaidev Bhawan on Monday.

Apart from the plantation, the Government has distributed 2.13 crore seedlings at a nominal (Rs.1 per seedling) cost to individuals and free of cost to government institutions to plant trees in backyards, school premises etc.

Principal Chief Conservator of Forests (PCCF), Sisir Kumar Ratho, highlighted the importance and the objectives of International Forest Day.  He deliberated upon the current year’s theme -“Forests and sustainable production and consumption” as decided by FAO (United Nations).

The State has gained 893 square kms of forest and tree cover during the last two assessment years i.e. from 2019 to 2021 as per the Forest Survey of India Report.

Odisha has the highest increase of mangrove forest, third highest in terms of forest cover and the 2nd largest in extent of tree outside forest in the country, the officials said.

In order to preserve the perennial flow of our river systems, massive plantations have been taken up on revenue, forests and private lands stretching on the river banks of Mahanadi with its tributaries Tel & Ib, Brahmani, Baitarani, Rushikulya & Vanshadhara under Green Mahanadi Mission.

About 4,605 Vana Surakshya Samitis (VSS) have been involved to restore the forests under Ama Jungle Yojana. About 14,260 women SHGs have been linked to various income generating activities under this scheme. This scheme has also benefited 4.2 lakh households.

Similarly, over 16,500 VSS and Eco Development Committees have been constituted in the State for considerable improvement of over 13,600 square km of degraded forest area in the State.

A brochure titled, Highlights of Odisha Forestry Sector 2021, highlighting the activities under different programmes and schemes of the State Forest Department and a handbook on State Forestry Awards Winners, 2022 were released on this occasion.

State Forestry awards 2022 were given to two Forest Rangers, six Foresters and 12 Forest Guards for their outstanding performance in the field of Forest & Environment Conservation. The award consists of a citation and a medallion along with a cash amount of Rs. 10,000.

In order to recognize the meritorious work done by forest field staff and encourage people’s participation, the State Government has enhanced the award money for outstanding work in the field of forest, wildlife and environment from Rs. 5,000 to Rs. 10,000 and the number of awardees to be awarded on the occasion of World Forestry Day from 20 to 40.

In consideration of the livelihood needs of the people of Odisha, the Government has been pleased to allow Vana Surakhya Samiti (VSS) members for working of bamboo