Replying to a question raised by Keonjhar MP Chandrani Murmu, the Union Minister said, as per the provisions under Mines and Minerals Development and Regulation (MMDR) Act, 1957 and the Rules framed thereunder, the State Governments are empowered to grant mineral concessions for the minerals located within their respective jurisdiction and to collect the revenue generated there upon.

He said the State Government proposes to auction 15 mineral blocks during the year 2022-23. The Government has lined up seven iron ore mines, four bauxite, two manganese, a limestone & dolomite and another copper & nickel blocks for auction during the current year.

Similarly, Ballada, Nunapaimali, Sijimali and Kutrumali bauxite mineral blocks have been put in papers for auction this year.

The other proposed mines to be auctioned this year include Tunmura Limestone & Dolomite mine, Bhanjikusum Manganese Block, Dudhisasol East Copper Block and Kutinga Manganese Block.

No Timeline For Royalty Hike 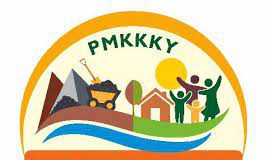 Tathya Correspondent - May 2, 2022 0
Bhubaneswar: Following an order of Centre, the State Government has asked all the Departments and District Collectors not to transfer funds of...