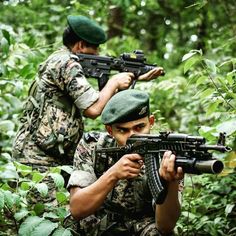 A total of 70 districts in 10 States will now be covered by the SRE Scheme from the month of July, 2021. The districts covered under the SRE Scheme and the ‘Most Affected Districts were last revised in 2018.

The MHA has recently informed the State Home Department and Directors General of Police (DGP) about the categorization of districts affected by Left Wing Extremism.

The MHA is executing ‘National Policy & Action Plan’ to combat Left Wing Extremism (LWE). The Central and the State Governments have been working closely to tackle this problem. A number of interventions are being made, both security and development related, as a result of which, there has been a marked improvement in the LWE scenario.

The categorization of districts provides the basis for deployment of resources under various schemes. The evolving LWE situation necessitates a periodic review of the districts in order to ensure that the focus of anti-LWE efforts remains aligned to the ground realities, the MHA said in a letter.

A comprehensive review has again been undertaken in consultation with the States. Now, at national level, the number of SRE districts has come down from 90 in 11 States to 70 in 10 States including Odisha.

Meanwhile, based on the criteria of Maoist violent incidents, a separate category of Most Affected Districts was created in 2015 with 35 districts to ensure focused deployment of resources.

Separately, a new category of the ‘Districts of Concern’ has been added to counter Maoists’ spread to new areas and to stop resurgence in the areas where LWE influence is waning. This would address resource gaps and consolidate gains in these areas. In this category, Odisha’sKoraput has been included.

Now, the total resources will be utilized only in the focused districts to finish off the Maoists in the State, the source informed.