He collected the information on various steps taken by the government during the storm and advised them to document it well.

The Chief Minister lauded the various concerned departments of the state government and the district administrations for their remarkable performances during the storm and the lives saved.

He also appreciated the restoration work done in a very short time after the storm.

The Chief Minister stressed that documenting the pre-storm preparation, relocation and subsequent restoration work of the storm landfall will help us in the management of the storm in the coming days.

Chief Secretary Suresh Chandra Mohapatra said a total of 150 villages were submerged in the storm.

“Seaweed has also damaged crops,” he said and added that in the aftermath of the storm, 1,000 DG sets, tanks and PVC tanks were deployed to provide electricity and drinking water to the people.

Special Relief Commissioner PK Jena informed about the damage and recovery of the storm.

Mr.Jena said that as per the instructions of the Chief Minister, the administration has worked towards the zero casualty target and has been largely successful.

“Over four million people in 11,000 villages were affected. The storm damaged government infrastructure worth Rs 520 crore and personal assets worth Rs 80 crore. The total loss is Rs 610 crore. He said Rs four crore was used  for the relief activities.

Mr.Jena said that saltwater flooding in coastal-affected districts has created problems for the upcoming kharif crop. Scientists from the Odisha University of Agriculture and Technology and Central Rice Research Institute have been asked to study the effects.

“These scientists are now in the affected areas and are investigating the situation and reports will be forthcoming soon,” he said.

The concerned Secretaries informed the Chief Minister about the steps taken by their department.

According to the Department of Energy, 3 million consumers were affected and 4.6 per cent of them have been reconnected so far.

To date, 230 transformers have been replaced and the damage to the energy department was estimated at Rs 150 crore, he said.

The Panchayati Raj and Drinking Water Department informed that the drinking water supply continued uninterrupted during and after the storm.

Ten mobile water treatment plants were installed in the affected areas– a unique initiative across in the country.

By May 31, all water wells and piped water projects had been cleaned.

According to the Department of Housing and Urban Development, 57 roads in six urban areas, including road lighting, one bridge, etc. have been damaged. Drinking water was reported to be available in all places except Basudevpur within 24 hours.

Similarly, the Department of Water Resources reported on river dams and road injuries at various places. The total loss is Rs 104 crore.

Similarly, the Department of Public Works informed that the roads were cleared of trees and immediately removed from the blockade while twenty-six damaged roads have been repaired.

The damage is estimated at Rs 75 crore.

The Department of Rural Development has estimated the damage at Rs 80 crore.

During the meeting, the District Collectors of Balasore, Bhadrak, Mayurbhanj and Kendrapara districts put forth the needs of their districts. 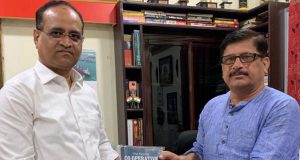