Raising the issue during Zero Hour in the State Assembly, Mr.Saluja, requested the Speaker to direct the State Government to lay the report of the Justice Raghubir Dash Commission constituted to probe the incident relating to the missing of the keys of Ratna Bhandar of Sri Jagannath Temple.

He said the devotees of Lord Jagannath, world over, wanted to know whether the jewellery of the lord is in safe custody or not.

During the last 21 years of BJD Government Rule, 24 Commissions of inquiry were set up by the State Government on various issues at the cost of crores of rupees, said the Congress Lawmaker.

However, it is a matter of regret that out of 24 Commissions, the reports of eight Commissions have not yet been received even after they were given several extensions.

The report of the Commission constituted to inquire into the chit fund scam has also not yet been tabled in the Assembly, he added.

Speaking to media persons outside the House, BJP Chief Whip Mohan Majhi too urged the State Government to reopen the Ratna Bhandar of Shree Jagannath Temple.

However, 14 gold and silver items could not be weighed during the inventory making process for different reasons. During the process, values of the items were not assessed.

The State Government does not have any information about the gold and silver ornaments and other valuables kept inside the Ratna Bhandar from 1978 to 2018 from donations and ‘pranamis’ offered by the devotees, the value of items inside the storehouse is likely to have gone up. 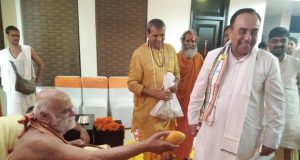