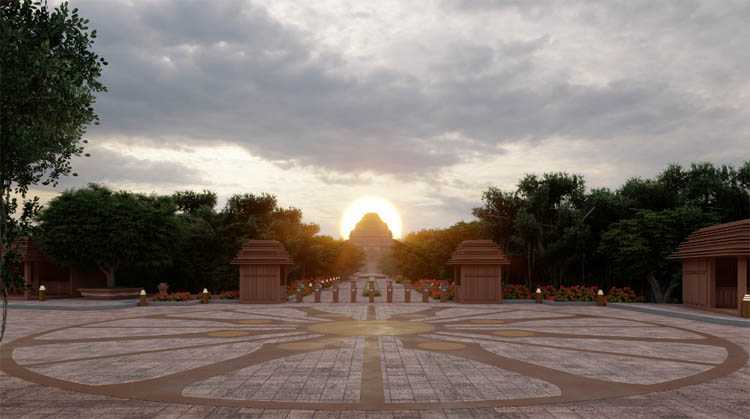 Describing Konark as a unique marvel of Kalingan sculpture, the Chief Minister said that Konark Heritage Project will be undertaken to attract more tourist and to ensure its conservation.

He said, during a presentation of the project made before him by the State Public works Department here, that 3.5 KM stretched outer ring-road will be converted into 6 laned and roads connecting Konark will be developed.

An entry plaza will be constructed to greet the tourists and landscaping of about 30 acres in front of the temple will be worked out.

He further said that facilities such as multi-model hub for parking of vehicles, special roads for pedestrians and renovation of open air amphitheatre will be undertaken.

According to a release from the Chief Minister’s office, the public will be able to comment on the plan within 21 days.

The work is underway following the announcement of Chief Minister Naveen Patnaik’s announcement to develop the Konark Heritage Area.

Notably thousands of visitors from all over the world come to the 13th century monument every day.

The Konark Temple is a unique example of Kalinga architecture. This unique thirteenth-century monument by the Langula king of the Ganges dynasty Narasimha Dev, has been attracting tourists from all over the world for its incredible art and sculpture.

Although the main part of the temple dedicated to Lord Surya has been demolished, the beauty of the facade is still exalting the craftsmanship of Odisha’s artisans and artisans.

UNESCO has recognized Konark as a World Heritage Site in the 19th century. The protection of this great cultural heritage is the moral responsibility of all of us.

The State government is planning to launch the heritage project under the 5-T programme to protect the temple and attract more and more tourists.

The main objectives of the project are to protect the dignity of the Konark Sun Temple, a unique experience for tourists, the economic development of local businessmen and the development of the tourism district of Konark, along with the district of Puri and the entire state.

It focuses on integrating the infrastructure development of the surrounding area of the Konark temple with this ancient heritage.

The Konark Space Theater will be redesigned.

Along with the beautification of the heritage area, special roads will also be built for pedestrians.

The meeting was informed that the Konark Yojana reflects the aspirations of the local people and the global vision for heritage preservation and development.

Tathya Correspondent - December 11, 2021 0
Bhubaneswar: Sarala Yuva Puraskar has been conferred to Mahima Sethi by the Sarala Sahitya Sansad at Cuttack today in a ceremonial function....