The Ministry of Coal had launched the auction of coal mines for commercial mining under the second attempt of 4th tranche and 5th Tranche of the Coal Mines (Special Provisions) Act and Mines and Minerals (Development & Regulation) Act on March 30, 2022.

Yesterday, Jhar Mineral Resources Private Limited had grabbed the Rampia and Dip Side of Rampia coal blocks in Sundergarh district. The two coal blocks have a reserve of 1179.41 MT of coal and the exploration capacity is 15 million tonne per annum (mtpa).

Rampia, Dip Side of Rampia, Ghogarpalli and Dip Side of Ghogarpalli were among the five coal blocks that had been allocated to Western Coalfields Limited (WCL) during the UPA government much to the chagrin of the State Government.

However, the five coal blocks were de-allocated and put for auction as WCL could not operate a single coal block even after allocation of for more than a decade due to delay in land acquisition, rehabilitation and resettlement of project affected families. 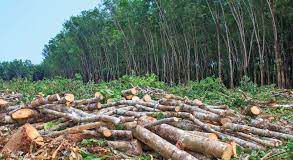 Tathya Correspondent - August 9, 2021 0
Bhubaneswar: Odisha has remained in top position at All India level in clearance of mining projects in protected forest areas in the...