Bhubaneswar: Odisha Government has decided to vaccinate the inmates lodged in the Prisons above 60 years of age and 45-59 years old with defined co-morbid conditions.

While Santosh Upadhyaya, DG Fire Services and Correctional Services underscored the necessity of vaccination of inmates, Department of Health & Family Welfare has directed the District Authorities to take immediate steps in this regard.

ACS Health & Family Welfare, P K Mohapatra has written to District Collectors, Municipal Commissioners and CDM&PHOs to plan for COVID-19 Vaccination of Prisoners above 60 years age and 45-59 years of age with defined co-morbid conditions in your district, in  coordination with the respective District Superintendent of Police and Jail officials.

Mr.Mohapatra has said the Vaccination can either be done in a suitable healthcare facility, or onsite in the jail premises in the presence of an MBBS doctor with AEFI Management essentials in place.

He has also pointed out that, however in COWIN the session has to be scheduled against a healthcare facility.

ACS Health & Family Welfare has asked the DMs and SPs as well as CDM& PHOs to take up on priority basis..

Earlier, DG Fire Services, Mr.Upadhyaya  had directed the Superintendents of Prisons to take immediate steps for COVID-19 Vaccination of prisoners above 60 years of age as well as prisoners above 45 years of age (having comorbdites) inside the Jails in consultation with the concerned CDMOs  and District Magistrates.

He had advised that all other security Protocols and Guidelines under COVID-19 issued by the Government are needed to be observed.

Mr.Upadhyaya has also got vaccinated along with senior officials of the State Prisons Headquarters after the State Government directed all Front Line Workers to go for vaccine shot. 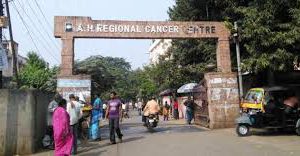 Tathya Correspondent - May 9, 2022 0
Bhubaneswar: In an aim to accommodate more patients, the State Government has enhanced the number of beds at Acharya Harihar Post Graduate...