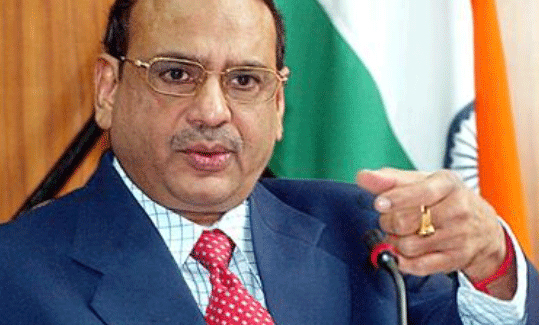 Mr.Mishra, a 1968-batch Odisha-cadre IPS officer, has been the only Odia to hold the top CBI post, so far.

Mr.Nishra had also served as Special Director to CBI before taking charge as the Director of the investigating agency.

Mr.Mishra played a pivotal role in the arrest of the underworld don Abu Salem and his girlfriend Monica Bedi.

Later, he had later joined Odia daily Surya Prava as Editor in 2009.

The ex-IPS officer was also served as a member of Meghalaya’s Planning Commission and an adviser to Microsoft India.

DGP Abhay condoled the demise of Mishra. “We mourn the sad demise of former CBI Director Shri Uma Sankar Mishra, retired IPS officer of 1968 batch of Odisha Cadre. Shri Mishra will be remembered for his professional excellence, integrity, humility and compassion. My condolences to his family. May his soul rest in peace,” he said in a tweet.

A gentleman to the core, he had a wonderful sense of humour. Shall miss him big time. RIP,” tweeted Sitanshu Kar.