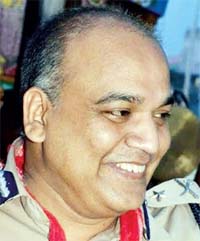 Bhubaneswar: The State Government Wednesday effected a reshuffle in top IPS officers cadre appointing 1995 batch IPS Saumendra Priyadarshi as the new Commissioner of Police of the Twin City of Bhubaneswar and Cuttack.

1990 Batch IPS, Sudhanshu Sarangi has been appointed as the CMD of Odisha State Police Housing and Welfare Corporation Limited (OSPH&WC).

Mr.Priyadarshi was the Additional Director General of the Crime Branch.

According to a notification, 1988-batch IPS officer, M Akhaya, who is presently the CMD of OSPH&WC, has been appointed Director General of Fire Services and Commandant General of Home Guards and Director Civil Defence.

Tathya Correspondent - January 26, 2022 0
Cuttack: In order to set up an Institutional Mechanism for collaboration and research on matters relating to Prisons, a memorandum of Understanding...