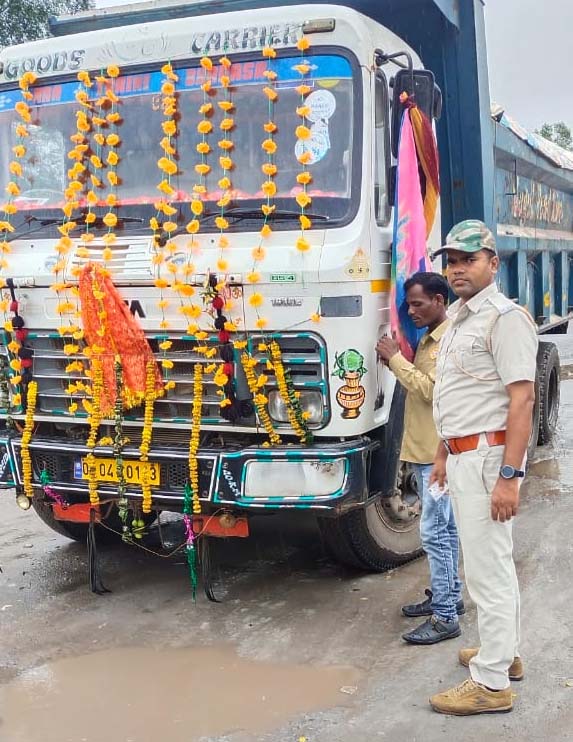 Cuttack: The State Transport officials have confiscated 108 Driving Licenses (DLs) for suspension on the first day of a six-day long special drive against anti-overloading.

A total of 92 challans were issued, 32 vehicles were detained and Rs.4.26 lakh fine collected for overloading yesterday. The special drive will continue till September 25 in view of the festive season.

Lalmohan Sethi, Additional Commissioner Transport, Enforcement & Road Safety said, “The drive is being extensively carried out throughout the state with special focus in the regions having industrial and mining activities as it is most commonly seen that many goods vehicles plying in these regions do not comply with the rules causing accidents.”

State Transport Authority (STA) will take stern action against those found flouting Motor Vehicle (MV) rules. According to the Motor Vehicle Amendment Act 2019, the violators will be penalized under Section 194 (l). Overloading of vehicles would attract a penalty of Rs. 20,000 and additional fine of Rs. 2,000 per extra tonne. Also, the DLs may be disqualified for three months, he informed.

As many as 1442 accidents took place due to overloaded/hanging vehicles in 2021. A total of 673 people were killed due to the load condition of the vehicles. Moreover, a total of 834 persons were grievously injured and 588 had minor injuries in accidents involving overloaded vehicles.

During the drive, fines have also been imposed against other vehicles for various offences. A total of 800 e-challans were issued for flouting other MV rules, 26 vehicles were detained and compounding fees of Rs.7, 78,120 was collected.

Earlier in crackdown on overloaded vehicles, a total of 83 e-challans were issued, 25 vehicles were seized and 81 DLs were suspended. Compounding fees of Rs. 3, 69,461 was collected.

Tathya Correspondent - September 12, 2022 0
Bhubaneswar: In a State-wide drive against drunk driving conducted by the State Government, a total of 599 people were found driving under...