Bhubaneswar: Despite the ruling Biju Janata Dal’s reputation being besmirched by a slew of cases of atrocities against women and children, can the state’s main opposition party, the Bharatiya Janata Party (BJP), better its performance in the ensuing three-tier panchayat elections? The issue is being hotly debated in the political circles across the state as this is for the first time since its inception in 1997, the BJD, has been facing such torrid time and is pushed to a corner over scandals involving incumbent ministers.

The first such issue is Kalahandi woman teacher kidnap and murder case linked to the Minister of State for Home and the second being the Mahanga double murder case involving name of the Law Minister. These two issues breathed fire during the entire 2021 as Chief Minister Naveen Patnaik did not take any action, rather shielded the ministers under suspicion, as alleged by opposition parties.

Naveen, who all along his over two-decade long political career, has unhesitatingly sacrificed ministers for slightest of mistakes, this time refused to heed the popular voice and preferred to go with a section of leaders in the ruling party. And this aberration has provided a big handle to both the BJP and the Congress.  As Congress has already become frail and weak to take on the mighty BJD, it is BJP alone which could upset Naveen’s apple cart.

However, can the BJP, which for the first time got its recognition as an opposition party in Odisha, in the 2017 panchayat polls, by securing 297 Zilla Parishad seats from just 36 seats in 2014 elections, this time raise its tally? If the BJP fails to retain its 297 tally in the 2022 panchayat polls, the party would certainly be wiped out and the BJD’s victory would become a foregone conclusion.

The politics in Odisha has undergone many changes since 2017. After a small setback in 2017 panchayat polls, the BJD has redressed itself and taken lead in all elections, other than losing some Lok Sabha seats in 2019 General Elections. Now that the twin polls like panchayat and urban elections, are due in 2022 ahead of the General Elections for the Assembly and Lok Sabha scheduled in 2024, BJD appears more prepared than any other party.

What has emerged as a major difficulty for BJP in Odisha, is Union Minister Dharmendra Pradhan. The national leadership of the saffron party has already engaged Pradhan in the 2022 Assembly elections in a major state like Uttar Pradesh. He is thoroughly busy in UP elections and can hardly find any time to oversee the party’s preparation for the panchayat polls in Odisha. It should be kept in mind that though Samir Mohanty is the BJP’s Odisha unit President, it is Pradhan alone who calls the shots. During the last ten years, Pradhan has already laid his network across the state for the BJP and he holds the reigns. When he will remain off from the state for engagement in UP, it is difficult to say whether his followers will knuckle under any other leader.

Interestingly, the BJP has not yet assigned the responsibility of the panchayat polls to any senior leader in place of Pradhan. Though the BJP in Odisha has many senior leaders to take the lead, the party has almost sidelined them. Take for instance Bijay Mohapatra and Aparajita Sarangi. These two leaders are considered to have some organizational skills who could build up a tempo before the panchayat polls. But, these two leaders are not included in the party’s core committee. Therefore, the party rank and file may not accept them when they go for organizing the panchayat polls. However, insiders said that the party has asked all its MLAs to look after the panchayats under their jurisdiction. As such, the BJP has only 13 MLAs and 8 MPs. If at all, all the Zilla Parishad seats under these assembly and Lok Sabha segments go in favour of BJP, still they cannot overshoot the BJD which has 113 MLAs and 12 MPs.

It is also a fact that BJP has some constituency level leaders to make the party candidate win in the Zilla Parishads. But, things have already become difficult as the opponent BJD, which runs the State Government, is winning confidence of the people by announcing several popular schemes and initiatives. Naveen’s biggest trump card this time is Smart Health Card under the Biju Swasthya Kalyan Yojana (BSKY). This could become a game changer. This apart, Naveen, who is also the BJD President, announces financial assistance for different categories of people from newspaper hawkers to street vendors under the garb of COVID-19 assistance. This is not all; Naveen has also announced financial assistance for house repair of the beneficiaries of Awas Yojana. He also assured the needy people that the state government would take measures for the people who have been denied dwelling units under Pradhan Mantri Awas Yojana (Gramin). Benefits announced for the women self-help groups under Mission Shakti directly targets about one crore women voters.

While the voters’ baskets are overflowing with Naveen’s goodies and promises ahead of the panchayat polls, the rival BJP has nothing with which to lure the people other than Prime Minister Narendra Modi’s popularity. This apart, the BJP’s main poll strategy is based on negative campaigns albeit nothing directly against Naveen. Therefore, it may not be easy for the saffron leaders to motivate people to cast votes against the BJD.

Yet the prevailing situation is not adverse for the BJP. It needs a well-planned strategy and able leadership to take on the BJD’s incumbency. The corruption in rural housing schemes and others could help the BJP. But, everything now depends on the party leadership. Around 50 days are left for Odisha to go for panchayat polls. The dates for the 5 phase panchayat polls are likely to be announced by Mid-January 2022.

However, there is no clear-cut idea among the workers and leaders as to who will lead Panchayat poll campaign against the BJD behemoth. The party must promptly decide on the leader if at all they wish to take advantage of the chinks in Naveen’s armor. 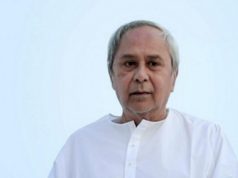 All Eyes On Naveen