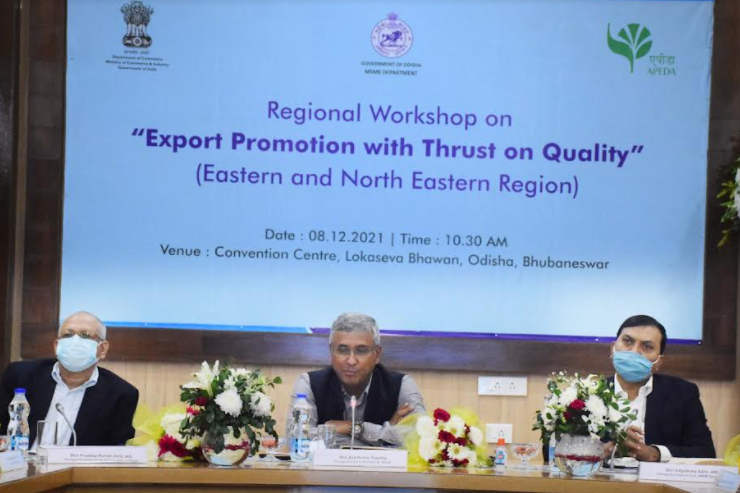 Bhubaneswar: The Regional Workshop on Export Promotion with Thrust on Quality for the Eastern and North East Region was organized on 8 December in the State Convention Centre, Lokseva Bhawan here.

The theme of the workshop was District Export Hub, Quality Production, GI, Trade Infrastructure for Export Scheme, Quality and Standard.

Tarun Bajaj, Director, APEDA in his welcome address narrated the objective of the Regional Workshop. He emphasized quality particularly on agri products for promotion of export. Cost is not a matter in international trade if quality of the product is maintained.

Satyabrata Sahu, Principal Secretary, MSME, Odisha opined that in spite of huge potential for export the State of Odisha is still lagging behind in export performance in comparison to many other States due to lack of infrastructural support for export in the State.

Setting up of Joint DGFT Office at Bhubaneswar, direct air connectivity to overseas countries from Biju Pattnaik International Airport availability of shipping liner at Paradeep Port and development of other ports like Dhamara and Gopalpur will boost export from the State, said he.

Hemanta Sharma, Principal Secretary Industries indicated that the State Government is very proactive in industrialization and setting up of infrastructures. The sea food park and IT park at Bhubaneswar setting up of testing laboratories and are the recent initiatives taken by the Government.

Addressing the workshop, G Angamuthu, Chairman, APEDA, New Delhi emphasized about the export target of 400 billion dollar in the current fiscal. He told that export of rice contributes 40% of total global trade. There is a huge potential for export of agriculture and marine products in Odisha.

Subha Sharma, Secretary, Handloom, Textile and Handicraft Department, Odisha in her remark indicated Government of India should concentrate to create export infrastructure in the State for promotion of export.

C Vanlalramsanga, Economic Advisor, Department of Commerce, Government of India told that India’s merchandise export is growing at a higher growth in post pandemic period. But, still India’s share in international trade is only 1.7% which shows there is a tremendous scope for merchandise export from India.

Addressing the workshop, the Asit Kumar Tripathy Principal Advisor to Chief Minister highlighted the export potential of the state. He narrated Odisha has tremendous potential in the field of pharmaceutical, Gems & jewelry, petro chemicals and agri products.

He emphasized development of ports of Odisha like Paradip, Gopalpur and Dhamara which is not only increased the export of Odisha but it will cater to the needs of export from the land locked state like Jharkhand, Chhattisgarh, Bihar and North East Region.

The delegates of all the Eastern and North East region like Assam, Bihar, Chhattisgarh, Jharkhand, Meghalaya, Sikkim, Mizoram, Manipur, Nagaland were participated in the workshop and take part in the discussion for promotion of export from the region.

Md. Sadique Alam, Director Industries, Odisha given vote of thanks for the event. 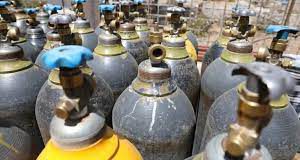