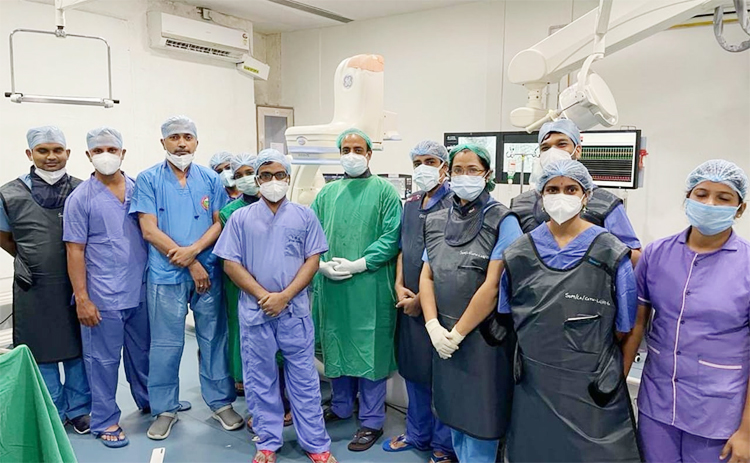 Bhubaneswar: Swift intervention by doctors at the Institute of Medical Sciences and SUM Hospital here helped in reviving a four-day-old baby girl suffering from a cardiac disease known as Dextro-Transposition of the Great Arteries (D-TGA).

The baby, weighing 2.3 kg, was received in the hospital emergency with oxygen saturation of less than 50 percent and rushed into the Neo-natal ICU as the saturation level was coming down fast, Dr. Dibya Ranjan Behera, Cardiologist in the hospital, said.

D-TGA is a birth defect of the heart in which the two main arteries carrying blood out of the heart, the main pulmonary artery, and the aorta, are found ‘transposed’ (meaning they have switched position).

Dr. Behera said he and his team had to conduct an emergent procedure called Balloon Atrial Septostomy (BAS) and perform Patent Ductus Arteriosus (PDA) stenting. While BAS led to the creation of a hole in the heart, PDA stenting helped towards maintaining the link between the two major blood pipes, aorta and pulmonary artery, he said adding these two combined procedures resulted in instant improvement in the baby’s oxygen saturation from 40 per cent to 95 percent.

The baby was extubated and stabilised in the NICU for seven days. Dr. Jagdish Sahoo, Dr. Abhilipsa Acharya and the team of doctors at NICU managed the baby nicely before she was successfully referred to Sree Chitra Tirunal Institute for Medical Sciences and Technology at Thiruvananthapuram where corrective surgery was done on her subsequently.

“This was perhaps the first neonatal cardiac intervention of its kind undertaken in our state,” Dr. Behera said.

Explaining D-TGA disease, he described it as a life threatening congenital cyanotic heart problem which usually surfaced in the first few days of life.

“The child suddenly turns blue, becomes lethargic and shows breathing distress and oxygen saturation falls to less than 90 per cent,” he said adding immediate diagnosis was the most important thing which could be done by a cardiologist.

Pointing out that awareness about such congenital heart problems in newborn babies and children in Odisha was very low, he said “many such babies die undiagnosed and for lack of necessary intervention.”

“This cardiac treatment for infants in IMS and SUM Hospital will certainly open a window of opportunity for such babies where the treatment is available and can help save precious lives,” he said. 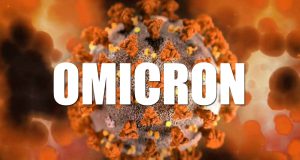 Tathya Correspondent - December 30, 2021 0
Bhubaneswar: It seems that Odisha is moving behind Maharashtra and Delhi in the outbreak of Omicron variant of Coronavirus. The State has...