Bhubaneswar: Opposition BJP and the Congress intensified their stir across the state, while demanding dismissal of Minister of State Home Dibya Shankar Mishra.

After successfully conducting Shutdown  in the districts of Kalahandi, Balangir and Mayurbhanj, the BJP held a 12 hour bundh in Sambalpur district demanding the dismissal of the Minister.

The BJP workers were also seen picketing at different parts of Sambalpur District Headquarters. Buses stayed off the road during the agitation. Private vehicles, three-wheelers and two-wheelers were, however, exempted. Similar, situation prevailed in Kuchinda and Rairakhol Sub-Division areas of the district.

District President Bharatiya Janata Yuva Morcha (BJYM), Aswini Majhi said: ”we demand the removal of the Minister  besides CBI inquiry into the incident. We are not satisfied with the investigation of the police as the state government is trying to protect the minister. We also demand the arrest of other accused persons involved in the incident. We demand justice for the victim’s family, he said and questioned how the government sanctioned funds to a private institution.

Mr.Majhi said shutdown evoked spontaneous response. The people of the district supported the agitation. The bandh was peaceful and successful, he added while police said, 8 platoon police force was deployed. No untoward incidents have been reported during the strike.

Similar protests by the BJP workers were also held in Puri, Nuapada and other places. The women activists of the saffron party offered Diya at the Lord Jagannath Temple in Puri. “we have sought divine blessings for the justice to the lady teacher who has been killed,” said BJP State General Secretary Lekhashree Samantsinghar.

Ex-DGP Prakash Mishra later told Media that a clear nexus between the local police and the prime accused is visible. “The accused was not kept at Sindhekela police station where the Fir was lodged. He was shifted to Titlagarh and kept in the police barrack instead of the Hazat. The manner in which the prime accused escaped from the police barrack on October 17 night is mysterious,” Mr.Mishra said.

Meanwhile, the Kalahandi lady teacher kidnapping and murder case had its echo in the national capital also. BJP’s national spokesperson Sambit Patra in a press conference in Delhi came down heavily on the Odisha’s BJD Government and accused it of shielding the MoS, Home,

“BJP President J P Nadda ji is aware of the incident in Kalhandi. As per his directions, a 3-member BJP central team including Sunita Duggal, Sreerupa Mitra Chaudhury will visit Odisha, conduct a review, and submit a report,” Mr.Patra said.

Congress Odisha In-charge A Chellakumar, is also scheduled to meet the family of the deceased lady teacher during his four-day visit to Odisha starting 28 October.

Student Congress leaders entered into a scuffle with the police while marching towards Naveen Niwas. During the face-off, the activists broke the barricades and hurled tomatoes and eggs at the on-duty cops.

The police overpowered them and picked up many of protestors staging agitation at a place about one kilometer away from Naveen Niwas. 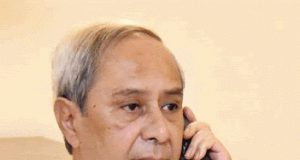 Tathya Correspondent - June 6, 2022 0
Bhubaneswar: For the first time Chief Minister Naveen Patnaik on Monday met some senior BJD legislators, who were dropped from the new...