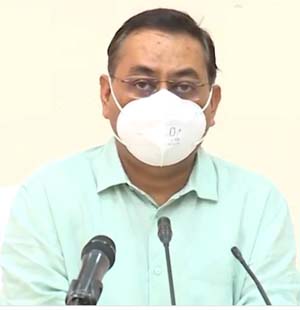 Cuttack: Continuing its drive against the fake invoicing rackets, the State GST Enforcement Wing on Friday nabbed two masterminds for their alleged involvement in availing and passing of bogus ITC worth Rs 115.10 crore on the strength of fake invoices to the tune of Rs 641 crore.

The present investigation took its origin from an investigation made on a complaint petition filed by one existent dealer of Jogeswarpur, Balasore regarding supply of goods by the accused on the strength of fake invoices followed by admission during interrogation made to five existing dealer of Panikoili, Baripada, Rasgovindpur, Bargarh, Puri and Balasore, he informed.

For creation and operation of the fake firms, the masterminds have obtained identity documents like PAN, Aadhar, Bank Passbook etc. of innocent people like plumbers, drivers, electrical mechanic, gas distributing boys, unemployed youth and people below poverty line living in Indira Awas Yojana (IAY) houses and availing PDS facility of different areas like Panikoili, Baripada, Rasgovindpur, Bargarh, Puri and Balasore and Jharkhand under the pretext of engaging them in different companies and in some cases to provide regular monthly income of Rs 5000 per month and misutilised the said documents for the purpose of obtaining GST registration.

The investigation got further strength from the evidence collected during mobile activities and revelation made by the driver / transporter carrying goods regarding the real dispatcher of goods contrary to the documents produced during interception of the goods vehicle.

The State GST Enforcement Wing has so far arrested 20 fraudsters for their involvement in issuance of fake invoices.

Registrations of 25400 dealers have been cancelled so far by the state GST officers on the ground of their non-existence after field enquiry or due to non filing of returns.

To eliminate bogus registration, the registration process has been streamlined. Moreover, a two month long special drive starting from 16th July 2021 to 15th September 2021 has been launched to weed out all non-existing registrants.

The Commissioner of State GST appealed to the general public that they should not share their identity documents, personal details, bank details etc. with any unauthorized persons.

Also, they should not permit any unauthorized person to operate a business or bank account on their behalf or in their name. In case, it comes to their notice that their credentials and other personal documents are being misutilised by someone for running a business the same should immediately be intimated to the nearest GST office.