Cuttack: Department of Excise in State has seized narcotics substances worth nearly Rs 4 crore between April and October this year.

To curb the menace of narcotics trade, the State Excise Department has instructed all field level functionaries to strengthen the enforcement and conduct frequent raids based on intelligence inputs.

All the enforcement works are being closely monitored by the Directorate of Excise led by Mr.Singh from time to time and instructions have also been issued to Excise field functionaries to improve performance which has shown diminishing trend in illegal narcotics trade.

Illegal narcotic and psychotropic substances trade poses a great threat to society as its ill effects have far reaching consequences and adverse impact on the youth and social fabric.

Among the major detections, in the month of October,2021, the Balasore District Excise team seized 1.5 Kgs Brown Sugar at Jaleswar in Balasore district and arrested one hard core criminal followed by the State Flying squad Cuttack with seizure of 2.1 Kgs brown sugar at Bidyadharpur under Basta PS area of Balasore district with the arrest of two hard core criminals and the total cost of seized brown Sugar would be Rs 3.6 crore.

The total arrest and seizure made by Department of Excise in the financial year (April to October) is more than the previous year related to NDPS cases, officials say. 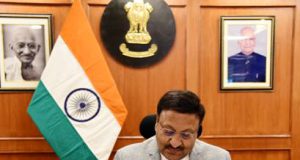