Bhubaneswar: Forest, Environment and Climate Change Minister Pradip Kumar Amat has urged the Divisional Forest Officers to complete the forest diversion proposals in time-bound manner to complete the railway, road, irrigation and other community based projects in time.

Inaugurating the DFO Conference held here at Aranya Bhawan on 14 December, Mr.Amat said that the State Government is pursuing these cases.

While senior officials in PCCF Office are sincerely clearing the proposals, considering the importance of these cases, those who are working selflessly will be rewarded at the same time non-performers will be punished, said the Minister.

He said that the State Government giving utmost importance to protection of wildlife.

A series of steps are being taken in this regard, still in the recent past human-elephant conflict has become a headache.

The staff and officers of Forest, Environment and Climate Change Department have to be more proactive to mitigate the conflict.

Forest, environment and bio-diversity are essentially required for existence of life in the planet. All-round development of Odisha and to make it the number one State of the country is the dream of Chief Minister. emphasized Mr.Amat.

State Government is functioning in line with 5-T and ‘Mo Sarkar’ outline. This Department particularly in grass root levels, there should not be any deviation.

Promotion and pension related works need to be completed by the end of this year, so that all will come with fresh energy in the new year, stated Additional Chief Secretary, FE&CC, Mona Sharma.

While PCCF (Wildlife) Sushil Kumar Popli emphasized on strict enforcement, new technology and new ideas. A lot of steps are being undertaken by this Department for afforestation.

PCCF (Nodal) Sushant Kumar Nanda offered the vote of thanks while CEO (CAMPA) Pradeep Raj Kamat coordinated the program. Forest officers from all areas and ranges were present in the conference. 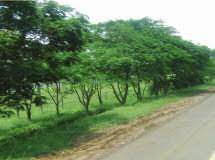