Bhubaneswar: After indulging in blame-game over disbursement of crop insurance to farmers, the BJP and BJD have now locked horns over proposed new Bargarh-Nuapada railway line project via Padampur sub-division.

With the nearing of election, both the Governing parties at State and Centre are in no mood to leave any local issue to woo the voters and blame each other for the problem.

Just a day after Commerce and Transport Minister Tukuni Sahu’s letter for early sanction of the new railway line to Padampur, Railway Minister Ashwini Vaishnaw on Monday said ORIDL has been entrusted with the responsibility of the project.

He said the Centre had accorded in-principle approval to the project and Odisha Rail Infrastructure Development Limited (ORIDL), a joint venture of the State Government was informed about the same on December 31, 2021.

“To take the project forward, ORIDL has to conduct a survey, prepare a blueprint and acquire land for the purpose. Therefore, I would request the State Government to expedite the survey and land acquisition process,” Mr.Vaishaw said in the letter to Sahu written in Odia language.

ORIDL is a joint venture company of the Odisha Government and Railways with the State holding 51 per cent stake and the Ministry of Railways 49 per cent.

Mr.Vaishnaw also mentioned in the letter to Sahu that the Narendra Modi Government has sanctioned Rs 9,734 crore for the development of rail connectivity and infrastructure in Odisha. This apart, the Railway Minister said as many as 38 railway stations in Odisha have been revamped.

“In this scenario, I would request you to kindly extend necessary support to the Union Government for the overall benefit of Odisha,” he told Ms.Sahu.

On Sunday, Ms.Sahu had written a letter to Vaishnaw and requested him to reconsider the 142 km new broad-gauge rail line from Bargarh Road to Nuapada Road via Padampur, which was announced in 2018. The project was “shelved” by the Centre in 2019 for not being financially viable, Sahu had written in the letter.

Meanwhile, reacting to Mr.Vaishnaw’s letter, BJD spokesperson and MP Sasmit Patra said, “The letter from Minister Railways proves that the Bargarh–Nuapada via Padampur railway line was not sanctioned in 2018 as “misinformed” by Union Minister Dharmendra Pradhan.”

Now after the state has given consent to give all land free and Rs 300 crore extra fund, Railways has asked a State agency to do further survey instead of doing the work, Patra said.

“This is unacceptable as it seems Railways is washing its hands from doing any project in Odisha. ORIDL is a company and it can do projects by raising money from banks. Which bank will give money after seeing the letter from Railways in 2019 that this project is unviable and shouldn’t be done,” he said.

Dr.Patra also asked why the railways was not willing to fund this project in the interests of the people of Padampur? Patra said Odisha does not want in principle approval, survey and other.

“We want the project to be sanctioned by Railways and constructed with help of free land and Rs 300 crore from the State Government,” he said, adding that Railways should stop “misguiding” people of Padampur. 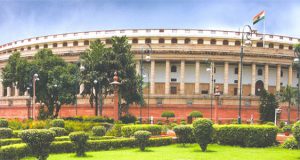