Cuttack: Tough Cop Ashish Kumar Singh, Commissioner of Excise, Odisha has advised the Excise Officials to participate proactively and implicate the law properly during the search, seizure and investigation.

Mr.Singh has instructed all the Excise officers to go through the latest Judgements of High Court. He told that with the accused persons resorting to new technology in illicit trafficking and the changes in law, it is imperative for all to be knowledgeable for observing the mandatory provisions of the Act and for adducing evidence in the Court.

Commissioner of Excise Mr.Singh was addressing a day-long seminar on Excise Act and Bottling Plant Operation was organized by the Excise Directorate, Odisha.

Rama Chandra Mishra, Deputy Commissioner of Excise, Enforcement explained in detail about the provisions of Excise Act and its proper implementation to avoid acquittals by the Investigating Officer (IO)s. Further, he presented the procedure of confiscation and compounding of cases.

The Excise officers of the State during interaction made queries in the doubt clearing session and which were suitably explained andthey were taught about the procedure of search, seizure, investigation and the technique of adducing evidences etc.

Excise Commissioner, Mr.Singh concluding the seminar stressed upon conducting such seminars in each month and stated that steps are being taken to train all Excise Officers in the coming days and hope that all Officers to take advantage of such seminars to make themselves comfortable in disposal of their day-to-day enforcement activities. 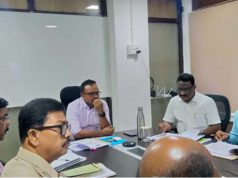 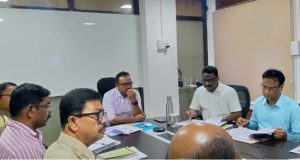 Tathya Correspondent - October 27, 2022 0
Cuttack: Tough Cop, Ashish Kumar Singh has directed the excise officials to keep a strict vigil on any untoward incident during the...