Bhubaneswar: BJP State President Samir Mohanty a day after he met the family members of the deceased lady teacher in Bolangir. “We know CM Naveen Patnaik’s working style from the coalition of 9 years. From the CM’s silence over this issue, it seems he is not aware of the incident,” said Mr.Mohanty while addressing a press meet here today.

The BJP State President also said that there are serious allegations against Ministers and the Chief Minister is still silent indicating that he was either unaware of the facts or not properly informed. “He is either unaware or not being informed,” Mr.Mohanty said.

The experience of the saffron party gained during the  coalition with BJD in the state government from 2000 to 2009 suggests that Mr.Patnaik takes action at slightest irregularities. “Mr.Patnaik had during the BJD-BJP coalition government had asked Pradipta Kumar Naik to resign from the ministry after his name cropped up in a fake affidavit case. Now, the same chief minister is silent even as ministers are entangled in serious charges,” the BJP President pointed out.

The Congress also upped its ante on the ruling BJD and raised question on Chief Minister Naveen Patnaik’s silence over the issue even as the entire state is on the boil demanding the removal of the Minister of State, Home DS Mishra.

“Even as the entire woman community across the  State remain under fear, the Chief Minister of State is silent. Nor is he dismissing his minister nor giving a word of assurance to the women. This has become intolerable for the women,” said Congress spokesperson Padmakar Guru.

Accusing the inister Mr.Mishra of being hand-in-gloves with the prime accused in the lady teacher killing cases, the Congress spokesperson said the accused has been attending official works as usual giving a signal that nothing has happened.

Meanwhile, the BJP’s youth and women wings staged demonstrations before the offices of the Superintendents of Police in nine districts demanding removal of the Minister. Senior BJP MP Jual Oram, who led an agitation at Bonai in Sundergarh said that they are putting pressure on the government to drop the minister who is accused of having close proximity with the prime accused.

The BJP activists also had a scuffle with the police while staging a demonstration in Puri.

However, the ruling BJD rejected all allegations and claimed that the State government has never compromised on any issue and the law will take its own course.

“The police have been investigating the matter thoroughly. This is a strategy of the opposition to defame the govt. The Opposition can’t digest the popularity of the CM. Hence they harp on such agendas that lack any credibility,” said BJD MLA Latika Pradhan

She claimed that the Chief Minister had never endorsed any illegality in the past and will never do so in future. 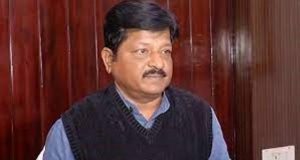 Tathya Correspondent - December 23, 2021 0
Bhubaneswar:Even though there will be no OBC reservation in the upcoming Panchayat Polls, the governing Biju Janata Dal (BJD) will give preference...