Similarly, Sulata Deo has been appointed as chief whip of the party in the Upper House of Parliament. BJD Organisational Secretary Pranab Prakash Das has informed this in a press statement here on Friday.

Notably, Dr.Patra and Mrs Deo elected to the Rajya Sabha unopposed and took oath on July 18 and July 8, respectively. The BJD party leader in RS was laying vacant following completion of tenure of ex-member Prasanna Acharya.

Dr Patra, a doctorate in philosophy in management, is the third politician in BJD to have got renomination to the Upper House of the Parliament.

Since his induction in the Governing BJD, Dr Patra has been given due importance in the party for his loyalty and selflessness services. The party has appointed him national spokesperson and then elevated him to the RS.

Rajya Sabha Chairman and Vice-President M Venkaiah Naidu has praised Dr Patra for his work and behaviour in the House on several occasions.

He is an academician with expertise in management education, research and consulting; deeply involved in social and cultural activities among slum dwellers, Scheduled Castes, Scheduled Tribes and Minorities. 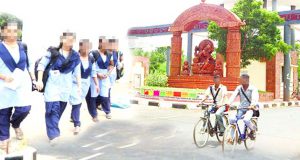 Colleges To Reopen On 11 JAN

Tathya Correspondent - January 3, 2021 0
Odisha Government has announced that Colleges and Universities will open from 11 January. Department of Higher Education has brought...