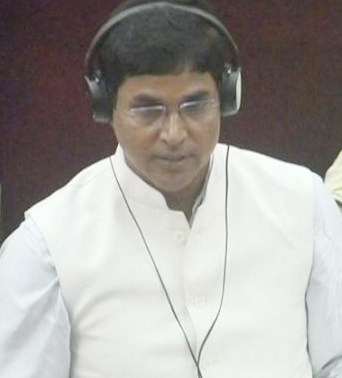 In his letter, Dr Sahoo said the Chief Minister had written to Prime Minister on dated 24.11.2020 regarding the absence of clarity on academic session and conduct of both Standard-X and Standard-XII Board Examinations, all enrolled students and their parents/ teachers were in a state of uncertainty. It is leading to anxiety among all.

“As all competitive entrance examinations and admission in institutions of Higher Education are interlinked. Upon receipt of your letter under reference, I examined the matter in detail. It is learnt that, for ensuring a uniform academic calendar in the entire country in view of the Covid-19 related dislocation, UGC had issued a guideline in July’ 2021,” he said.

The UGC had directed the universities to conduct all UG final year/ final semester examinations by August and admission to PG courses to be completed by September.

In compliance of this guideline of UGC, all UG Final Year/ Final Semester examinations have been completed in Odisha by August 31 and results thereof are expected to be published by September 15, the Minister pointed out in his letter.

As per the above-mentioned UGC guideline, admission to PG courses should be completed by September 30, 2021, the Central Universities should have given time upto end of September for applicant – students to submit their UG Final Year/ Final Semester results/ mark sheets, he further said.

“This would have prevented students of Odisha or any other State from getting debarred from taking admission in Central Universities. But, it seems some Central Universities have deviated from the UGC-prescribed datelines and have already completed their admission process in August, 2021 itself; thereby depriving the students of Odisha from taking admission due to failure on the part of such students to submit their UG Final Year/ Final Semester results/ mark sheets,” Dr.Sahoo told Union Minister.

Therefore, he requested the Union Minister to instruct those Central Universities to give time upto end of September 2021 for the applicant-students to submit their UG Final Year/ Final Semester results/ mark sheets so that no meritorious student, whether from Odisha or elsewhere, is debarred from taking admission in Central Universities.

Tathya Correspondent - July 17, 2021 0
Bhubaneswar: As online teaching failed to reach all students due to poor internet connectivity in rural areas, the State Government has decided...