This was informed by Union Minister of State (MoS) for Civil Aviation, VK Singh in Lok Sabha on Thursday.

Replying to a question of Sundergarh MP Jual Oram, Singh said the UDAN scheme was launched to enhance regional air connectivity from unserved and underserved airports in the country and make air travel affordable to the masses. The Government has set a target to develop/upgrade 100 airports, heliports, water aerodromes for operations of UDAN flights.

The Airports Authority of India (AAI), the implementing agency of UDAN had identified Rourkela airport in the first round of bidding under UDAN to operate RCS flights connecting Rourkela with Kolkata & Bhubaneswar, he said.

Accordingly, this airport was developed for Code – 2B operations and licensed. Subsequently, the said routes were cancelled due to non – compliance with the Selected Airline Operator (SAO) Agreement by the SAOs, informed the Union Minister.

AAI, the implementing agency, has awarded routes connecting Rourkela and Bhubaneswar in the third round of bidding under UDAN. M/s Alliance Air, the SAO has informed that they are ready to operate Bhubaneswar-Rourkela UDAN flight operations from Winter Schedule, 2022 subject to Rourkela Airport readiness for ATR-72 type of aircraft compliant operations.

The selected operators including for Rourkela airport under UDAN are obligated to commence RCS flight operations on a RCS-route within a period of six months from the issuance of letter of award or within two months from the readiness of airport, whichever is later, unless any extension is granted by the AAI, he added.

Replying to a question raised by Koraput MP Saptagiri Sankar Ulaka about Jeypore airport, Singh said the Airport Authority of India had awarded routes from Jeypore to the Selected Airline Operators for operation of UDAN flights.

Subsequently, the awarded UDAN routes were cancelled due to non-compliance with provisions of the contractual agreement by the Selected Airline Operator(s).

Later, he said, the RCS routes connecting Jeypore with Bhubaneswar and Vizag have been offered in the fourth round of bidding of UDAN and awarded to SAO for operation of UDAN flights in October, 2021.

The MoS Civil Aviation further informed that the development work of Jeypore airport has been completed and documents have been submitted to the Directorate General of Civil Aviation for licensing.

Selected Airline Operators (SAOs) under UDAN are obligated to commence RCS flight operations on a RCS route within a period of six months from the issuance of letter of award or within two months from the readiness of airport, whichever is later, unless any extension is granted by the implementing agency, he added. 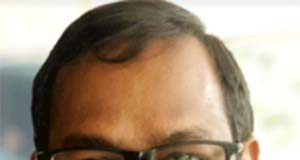 Tathya Correspondent - June 23, 2022 0
Bhubaneswar: With a move to start commercial operation of airports at Rourkela, Utkela, Rangeilunda and Malkangiri, State Government in the Department of...