Back in Odisha, Susanta Nanda, Director Environment and Chief of Chilka Development Authority was happy to reveal that Hirakud Reservoir, Anshpa Lake and Tampara Lake have been listed as Ramsar Sites.

An Ace IFS Officer, Mr.Nanda, an ardent nature lover was delighted with such an announcement as he is smoothly handling one of the largest Ramsar site-Chilka Lake.

Hirakud Reservoir, the largest earthen dam in Odisha started operating in 1957. The reservoir to support a range of floral and faunal species, including several of high conservation significance. Out of the known 54 species of fish from the reservoir, one has been classed as being endangered, six near threatened and 21 fish species of economic importance. Fisheries presently yield a catch of around 480 MT of fish annually and is the mainstay of livelihoods of 7,000 fisher households. Similarly, over 130 bird species have been recorded at this site, out of which 20 species are of high conservation significance. The reservoir is a source of water for producing around 300 MW of hydropower and irrigating 436,000 ha of cultural command area. The wetland also provides important hydrological services by moderating floods in the Mahanadi delta, the ecological and socio-economic hub of the east coast of India. Hirakud reservoir supports abundant tourism, and forms an integral part of the high touristic value sites located around Sambalpur with over 30,000 tourists annually visiting the site.

Ansupa Lake is the largest freshwater lake of Odisha situated in Banki sub-division of Cuttack district and has its fame from time immemorial for its scenic beauty, biodiversity, and natural resources. The wetland is an oxbow lake formed by River Mahanadi and is spread over an area of 231 ha. The wetland is home to at least 194 species of birds, 61 species of fishes and 26 species of mammals in addition to 244 species of macrophytes. The wetland provides a safe habitat to at least three threatened bird species- Rynchops albicollis (EN), Sterna acuticauda (EN) and Sterna aurantia (VU) and three threatened fish species- Clarias magur (Clariidae) (EN), Cyprinus carpio (Cyprinidae) (VU) and Wallago attu (VU). Ansupa lake sustains the freshwater demands of the surrounding areas and also supports the livelihood of the local communities through fisheries and agriculture. The wetland has immense recreational and tourism potential as it is a major wintering ground for migratory birds and is also known for its scenic beauty.

Tampara Lake is among the most prominent freshwater lakes in the State of Odisha situated in Ganjam district. The depression on the ground gradually filled with rainwater from catchment flow and was called “Tamp” by the British and subsequently termed “Tampra” by the locals.  The wetland supports at least 60 species of birds, 46 species of fishes, at least 48 species of phytoplanktons, and more than seven species of terrestrial plants and macrophytes. The wetland is an important habitat for vulnerable species such as Cyprinus carpio, common pochard (Aythya ferina), and river tern (Sterna aurantia). With an estimated average fish yield of 12 tonnes per year, the wetland is an important source of livelihood for the local communities. Along with fishes the wetland also provides provisioning services like water for agriculture, and domestic use and is a well-known tourism and recreation site. 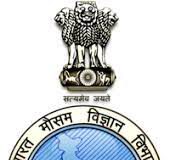