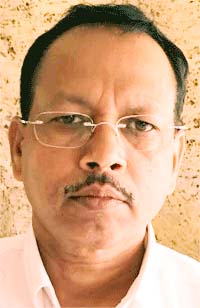 Bhubaneswar: The State Government has put the ambitious common outer rail corridor project in Talcher coalfields on fast-track mode with Development Commissioner (DC) Pradeep Jena asking concerned officials to expedite the project to transport coal from the mines located in the area.

During a review meeting recently, Mr.Jena asked concerned officials to split the outer corridor project into a suitable number of phases to provide railway access on priority basis to the mines where production is expected to start early, officials said on Thursday.

The State Government envisaged an efficient logistic infrastructure for evacuation of coal from various Coal mines (mostly non-CIL mines) in Talcher coalfields and directed IDCO to prepare a comprehensive planning in 2009.

The DPR was finalised in July 2015. Project cost of railway infrastructure was Rs 4938 crore excluding the cost of land, officials said.

Following the Ministry of Coal initiative, the State Government signed an MoU with Ministry of Coal and Ministry of Railways in 2015 to create rail infrastructure for evacuation of coal through a JV company named ‘Mahanadi Coal Railway Limited’ (MCRL) with equity participation by MCL (64%), IRCON (26%) and IDCO (10%). Then, it was decided to hand over the project to MCRL.

Therefore, the State Government and Ministry of Coal have decided that MCRL should continue the Inner Corridor work and the Outer Corridor work should be taken up separately in participative mode with the involvement of ORIDL and beneficiary Coal mine owners.

It was felt that the alignment approved for the Outer Corridor (beyond Tentuloi comprising the Western and Eastern legs) should be treated as frozen. Tentuloi station is under development by MCRL as part of the Inner Corridor which is expected to come up by December, 2025.

The DC observed that construction of a common corridor would reduce the quantum of land acquisition and individual mine owners should plan their loading activities on the designated loading stations on the Outer Corridor, which will ensure optimal railway connectivity to all mines in the area.

Principal Secretary Industries Hemant Sharma emphasized the need to minimize transportation of Coal by Road. The mine owners should plan for a conveyor belt system from the mines to the loading railway station or plan a rail link from the Outer Corridor to their mines to eliminate involvement of road transport.

It was decided in the meeting to re-activate the existing SPV Brahmani Railway Limited (BRL) as a company fully under the Commerce & Transport Department and entrust the project to it. Mine owners will be invited for equity participation in the SPV, retaining at least 51% equity with the Odisha Government.

Jena emphasized that this process should be completed within 6 to 8 weeks. Thereafter, ORIDL should take up preparation of the DPR for the Outer Corridor and come up with the financial structuring of the project.

ORIDL will share the details of the Outer Corridor with the mine allottees and seek their plan of action for evacuation of coal through rail, he said.

The Government is also planning to declare the project as a Special Railway Project so that land acquisition can be done under Railways Act. 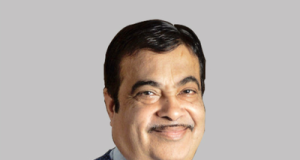