Bhubaneswar: Following the instruction of Orissa High Court to State Government about non reservation of any seat for OBC category, political atmosphere in the State turns hot as Panchayat and Urban polls are nearing.

Governing Biju Janata Dal (BJD) and BJP, which is ruling at the Centre, have indulged into a political war. Top leaders of the two parties—Union Minister Dharmendra Pradhan (BJP) and BJD Organizational Secretary Pranab Prakash Das have a war of words on twitter.

Yesterday, senior BJD leader and Panchayati Raj Minister Pratap Jena had stated that his party would give preference to the OBC candidates for the rural poll.

“The Odisha Government’s announcement of giving preference to OBC candidates in the upcoming Panchayat polls is all but tokenism. The anti-OBC face of the Odisha Government is evident from its lack of will in implementing the reservation quota for OBCs in local body elections,” Pradhan tweeted.

The Madhya Pradesh government and the Centre is planning to move a review petition on the Apex Court’s quota rulings to ensure that local body elections in MP are held with reservations for the OBC communities. But, the Odisha government is showing no intent to pursue this matter logically, he said targeting the BJD Government.

The BJP leader said the State Government could also have approached SC against the recent order of HC of Odisha, especially when its own SLP for reservation beyond 50 per cent limit is pending with SC.

He urged the Odisha Government to answer the people why it is against OBC reservations?

Calling Pradhan as Bhai, BJD leader Das asked, “you are Union Minister, elected to Rajya Sabha from Madhya Pradesh. For how many years was your party in power there? Why did you fail to ensure OBC reservation in MP? More so now, with the Supreme Court striking down MP’s OBC reservation policy for polls.”

Slamming the BJP Government, which has been at Centre for the past 7.5 years, Das asked, “Has OBC reservation ever been a priority? Why are you not bringing Central legislation for ensuring OBC reservation in India & filing petition for this in the Supreme Court? Where is your commitment for OBCs?”

The BJD leader urged Pradhan to introspect his and Centre’s commitment to OBC and stop doing politics.

Stating BJD is committed to give 40 per cent OBC reservation in Panchayat poll tickets, Das said, “We might even go upto 50% reservation. We will also publicly publish a list of these OBC candidates who have been provided reservation in BJD tickets.” He dared Pradhan to do the same for BJP.

“I humbly request you, without politics, let us fight together for ensuring that the OBCs get their rightful reservation in polls. I am sure you will extend your hand of cooperation for empowerment of OBCs,” he ended. 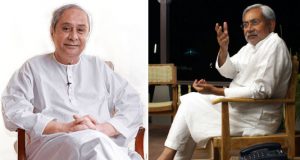