Choudwar Circle Jail has come up with a dedicated Psychiatric Hospital to treat mentally ill inmates.

Due to excess number of mentally ill inmates, there were problems in providing necessary treatment to them. Now the problem has been solved with setting up the Psychiatric Hospital and they all are now being treated inside the jail premises. Only critical cases will be referred to SCB Mental Health Institute, Mr.Mishra informed.

DG Prisons said considering the mushrooming of different food adulterated unit, we have planned to enhance the capacity of production of different food materials by the inmates and their marketing by setting up stalls at different places. 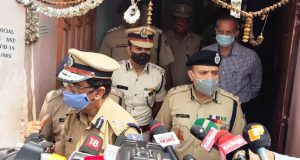