Bhubaneswar: Versatile Singer and Music Director Prafulla Kar passed away at his residence in Satya Nagar in the state capital here on Sunday night.

He was 83 and survived by wife, two sons and a daughter.

A great devote of Lord Jagannath, Mr.Kar met a painless death while at home. He felt uneasy at about 9 Pm in the night and breathed his last an hour after in presence of family members.

However, he was suffering from age related aliment.

His last rites will be performed at Swarga Dwara on Monday with full state hour, family sources added.

Meanwhile, a large number of people from different walks of life made beeline to pay their last respect to the departed soul. A pall of gloom descended on the Odia film fraternity after the demise of Mr.Kar.

Born on February 16, 1939 in Puri, Mr.Kar was an eminent musician, singer, lyricist, writer and columnist. He was popular among the people through his numerous songs including ‘Kamala Desha Rajakumara’.

He had received the prestigious Padma Shri award in 2015 and honoured with Jayadeva Award in the year 2004. He had received State Film Award eight times, six times in a row.

Mr.Kar has has the distinction of being the musician who recorded Odia Bhagabat and Odia Chhanda, a rare collection of traditional Odia songs. ‘Prabhukrupa’, a devotional music album directed by him in the voice of Anuradha Paudwal under T-Series banner, recorded sales of over 10 lakh cassettes. His composition ‘Collection of Geet Govindam’, rendered by Vani Jayaram, was also a big hit. 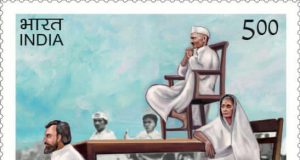