Inaugurating the portal Chief Secretary directed to make the portal robust by linking it with fund transfer portal of the banks. He asked to automate the entire process with least human interface. He also sanctioned the first subsidy through the portal in favor of one two-wheeler vehicle owned by Trilochan Behera under RTO-II of Bhubaneswar.

Outlining the portal, Principal Secretary Mr.Sethi said, “Electric Vehicle Policy of Government of Odisha is a lead progressive policy, and the Portal designed for disbursement of the incentives is first of its kind in the country”. He added, “The portal has been developed within least possible time through technical expertise of NIC.

Transport Commissioner, Mr. Bothra said that the State Government incentives like subsidy against purchase of electric vehicles would be directly disbursed to the vehicle owners through this portal. The vehicles purchased on or after 01.9.2021 would be eligible for the subsidy. As for the current policy, the provision of subsidy would continue onwards for 4 years from 01.9.2021.  For two-wheelers the subsidy would be 15 per cent of the cost, up to a maximum ceiling of Rs 5,000; for three wheelers the cap on 15 per cent subsidy would be Rs. 10,000;  and,  for four-wheelers, it would Rs. 50,000.

The owners of the electric vehicle could now avail the subsidy amount by logging on to odishatransport.gov.in->online services->apply subsidy for electric vehicles. The owner would not be required to run to RTO office. The vehicle information would be automatically collected from Vahana Portal. The woner would be asked to give his bank details, and the information regarding disbursement of subsidy to bank account would be intimated through SMS.

Mr.Bothra added that all four-wheelers EV buyers could avail above incentives. However, the two-wheeler EVs would  have to qualify on the basis of performance and quality check criteria, as specified under Faster Adoption and Manufacturing of (Hybrid &) Electric Vehicles (FAME) scheme, Phase II.  These conditions included (i) Minimum top speed: 40km/h, (ii) Minimum acceleration of 0.65m/s2, (iii) Maximum electric energy consumption not exceeding 7kWh/100km, and (iv) At least three years comprehensive warranty including battery warranty from the manufacturer.

It may be pertinent here to mention that in addition to this subsidy, the owners of electric vehicles purchased within Odisha  are now getting 100% exemption of motor vehicle (MV) tax and registration fees. 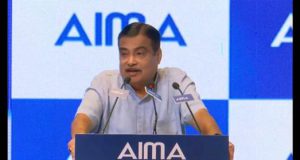