Isak Munda, a daily wage labourer and tribal man from Babupali village under Jujumura block of Sambalpur district, has turned his life around. The man who used to watch YouTube videos to distract himself from his hunger is now a creator on the platform, and is earning lakhs of rupees.

“Friends, the use of technology by one of our friends will amaze us. This friend Shriman Isak Munda ji hails from a village in Sambalpur district of Odisha. Isaak ji once used to work as a daily wager but now he has become an internet sensation,” Mr.Modi said.

Munda is earning a lot through his YouTube Channel. In his videos he shows prominently the local dishes, traditional ways of cooking, his village, his lifestyle, family and food habits, the Prime Minister said.

Munda’s journey as a YouTuber began in March 2020 when he posted a video related to Pakhal, the famous local dish of Odisha. Since then, he has posted hundreds of videos, Mr.Modi said.

“This effort of his is different for many reasons, specially because through this, people living in cities get a chance to watch the lifestyle about which they don’t know much. Isak Munda ji is celebrating by blending culture and cuisine equally and inspiring us too,” he added.

Isak’s channel, ‘Isak Munda Eating’, has done so well on YouTube that he doesn’t need to work for wages anymore. He borrowed some money to buy a smart phone and record his videos, and investment that would reap him amazing results in no time

Since March 2020, his YouTube channel ‘Isak Munda Eating’ has over 7.77 lakh subscribers. 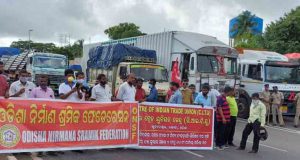 Tathya Correspondent - July 15, 2021 0
Bhubaneswar: There was a minimal response to the six-hour Odisha bandh called by four left parties in protest against the hike in...