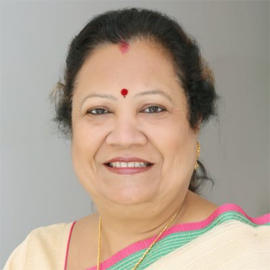 New Delhi: The Odisha Government has submitted a proposal to the Centre for establishment of a PM Mega Integrated Textile Region and Apparel (PM MITRA) park in Ganjam district.

This was informed by Minister of State (MoS) for Textiles Darshana Jardosh in Lok Sabha on Wednesday.

Replying to a question of Bhubaneswar MP Aparajita Sarangi, the Union Minister said that the Union Government has approved setting up of 7 PM Mega Integrated Textile Region and Apparel (PM MITRA) Parks in Greenfield/Brownfield sites to develop world class infrastructure including plug and play facility with an outlay of Rs 4445 crore for a period of seven years up to 2027-28.

All State Governments were requested to send proposals along with the Preliminary Project Report to the Ministry for consideration.

The last date for submission of proposals was March 15, 2022, she said.

Jardosh said a total of 17 preliminary project proposals have been received from State Governments. All the proposals are under scrutiny for consideration by the Project Approval Committee, she said.

While Madhya Pradesh has submitted proposals for setting up four such textile parks in the State, Karnataka has demanded two such parks. However, Odisha has demanded for only one PM MITRA park in Ganjam district.

Informing about the parameters devised for selection of sites for PM MITRA Parks, the Union Minister said 25% weightage will be given for connectivity to the site while another 25% will be given for existing ecosystem for textiles, 20% to availability of utilities services at site, 20% to State industrial /textile policy and 10% to environmental & social impact.

So far, no PM MITRA Parks have been finalized and no funds have been sanctioned, she added.

The MoS further informed that the PM MITRA Park scheme focuses on development of a large area which is envisaged to become a fertile ground for carrying out textile sector business activities by all the players of the entire textile value chain.

It is expected to generate 1 lakh direct and 2 lakh indirect jobs per PM MITRA Parks benefiting the area and its citizenry where it is located.

There is also a provision for social infrastructure which will ultimately enhance the overall income and uplift the quality of life of all textile workers associated with the PM MITRA Park.

Sarangi Takes up NINL Cause