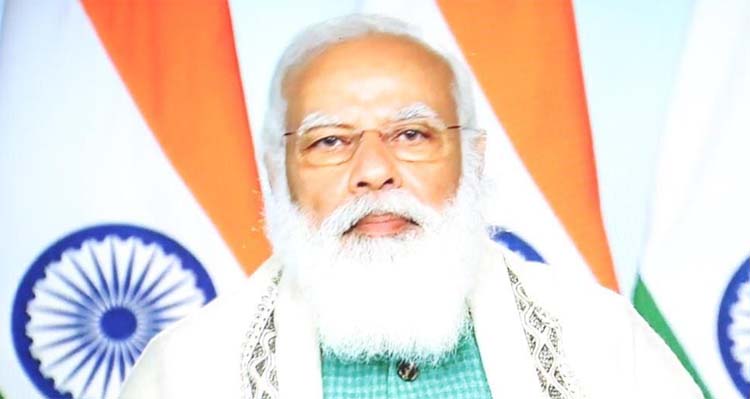 New Delhi: Prime Minister Narendra Modi heaped praise for an Odia youth from Puri district for his initiative and efforts to clean plastic garbage from the  sea shore.

Prime Minister mentioned name of Rahul Maharana while addressing the ‘Mann Ki Baat’ programme. He cited the young man’s work who works as a security guard after completing his graduation.

“There is another Swachhagrahi – Rahul Maharana of Puri in Orissa. Rahul goes to the pilgrimage sites in Puri early in the morning every Sunday, and clears the plastic garbage there. He has cleaned hundreds of kilos of plastic garbage and dirt so far,” Mr.Modi said.

As citizens, we must carry out our duties, whether it is cleanliness, nutrition or vaccination… all these efforts also help us in staying healthy,” he said.Elated over his name being mentioned by the Prime Minister, Rahul said he has taken up the plastic garbage clear work on his own and spends money from pocket without help from any organization or person.

“Whatever little amount I receive as a security guard, I spend them for this social work. My parents have all along been encouraging and never opposed my works,” he said.

While working silently and all alone, Rahul expressed wonder how come he was spotted and praised. He had launched a drive on January 8 to clean plastic waste in several parts of the state and had cleared almost 1000 kg of waste single-handedly.He had earlier carried out similar drive at Pir Jahania beach, Rushikulya mass nesting site and other places.

The 22-year-old youth of Ambadiha village works as a security guard with a private company in Bhubaneswar.

“I prefer the social work on Sundays because, I have to join duty as a security guard on rest of the days,” he said. Prime Minister also mentioned that health is also directly related to cleanliness.

Tathya Correspondent - May 13, 2021 0
Bhubaneswar: Taking a cue from Ganjam District, Revenue and Disaster Management Department has launched an innovative way of delivery of public services...