New Delhi: The Indian Railways have prepared a National Rail Plan (NRP)– 2030 with an aim to create a ‘future ready’ railway system by 2030.

This was informed by Union Minister for Railways, Ashwini Vaishnaw while replying to a question of MP Sasmit Patra in Rajya Sabha recently.

The NRP is aimed to formulate strategies based on both operational capacities and commercial policy initiatives to increase modal share of the Railways in freight to 45%, said Mr.Vaishnaw.

“The objective of the plan is to create capacity ahead of demand, which in turn would also cater to future growth in demand right up to 2050 and also increase the modal share of Railways to 45% in freight traffic and to continue to sustain it,” he said.

To achieve this objective, the Minister said, all possible financial models including Public Private Partnership (PPP) are being considered.

As Indian Railways is the growth engine of the nation, NRP is aimed to reform railways to make it more efficient, greener and modern which will translate into cheaper, safer and assured mode of transport to the common man be it in passenger or freight segment, he further said.

The Indian Railways has planned to formulate strategies based on both operational capacities and commercial policy initiatives to increase modal share of the Railways in freight to 45% and reduce transit time of freight substantially by increasing average speed of freight trains to 50 kmph.

He further informed that new dedicated freight corridors and high speed rail corridors will be identified.

To reform the Railways, the Centre has also proposed to assess the total investment in capital that would be required along with a periodical break up.

It also planned for sustained involvement of the private sector in areas like operations and ownership of rolling stock, development of freight and passenger terminals, development/operations of track infrastructure etc, he added. 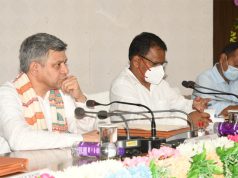 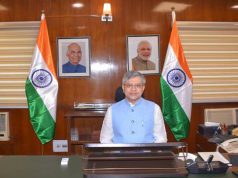