Mr.Mohanty was elected unopposed, thanks to his versatile personality as a philanthropist, cricket organizer and an industrialist.

While Mr.Mohanty has been elected as Vice President as declared by OCA Electoral Officer, M L Majumdar IAS®, in the Annual General Meeting of OCA and he will continue to contribute a lot for the Domestic Cricket in the State.

MGM Group Chief has always been forefront of Odisha Cricket as he has genuine love for the sports and promoting with all sincerity during last many years.

Earlier as OCA President, Mr.Mohanty has been able to handle the International Matches in the Barabati stadium with the active support from the State Government and State Police.

While Mr.Mohanty will continue to promote cricket as Vice President of OCA, he is boosting the sport by setting up the Sports Academy to help out the youngsters.

The Mining Major had also sponsored the Odisha T20 Cricket League, which was organized by the Odisha Cricket Association in collaboration with the Twenty First Century Media (TCM). 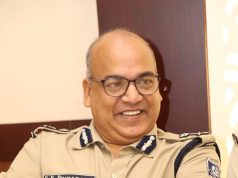 Tathya Correspondent - August 15, 2021 0
Bhubaneswar: Secretary Sports and Youth Services R Vineel Krishna has identified an amazing talented girl from Puri, which he has shared through...