ADG Mr.Panda said four out of seven facebook accounts of the female operative, who is suspected to be the ‘handler’ of the spy ring engaged in leaking out sensitive information from the ITR Chandipur, were operated from Pakistan.

The accounts were operated through proxy IP addresses to keep the location secret. Out of the four accounts, three were operated from Islamabad whereas one was from Rawalpindi, Panda said.

However, it has not been confirmed so far that the mysterious woman belongs to Pakistan or not, the ADG said.

While some accounts are still active and further chatting has been detected, the Crime Branch has sought technical data from the Indian Computer Emergency Response Team, an office within the Ministry of Electronics and Information Technology of the Government of India, said Mr.Panda.

It is worthwhile to mention that the Crime Branch has already recognised the face of the woman suspect by matching the profile photo of one of her social media accounts with a video of her. However, her identity is yet to be established.

“First phase interrogation of the arrested five accused has been done and we are seeking further technical data from concerned agencies. If required, we may take the five accused on remand for further interrogation,” ADG Mr.Panda informed.

It should be noted that the Odisha police on September 14 had arrested five former contractual employees of Defence Research and Development Organisation (DRDO) unit at Chandipur, on charges of sharing classified defence information with unknown foreign agents, who were suspected to be from Pakistan. 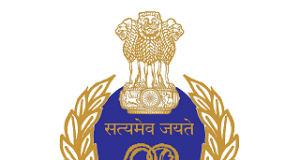