Bhubaneswar: Odisha has crossed vaccination of over 4 Lakh beneficiaries, which include Health Care Workers(HCW) s and Front Line Workers(FLW) s on Monday.

As on 13 February, a total 4,11,939  beneficiaries have been vaccinated across the State.

Similarly 64 sessions were conducted for FLW out of which 11 are COVAXIN.

As on date 1,24,497  FLWs were vaccinated and activities reported are very encouraging.

While all the HCWs were to be vaccinated by 10 February, three days extension was given for 100 Percent coverage, however achievement was nearly 85 Percent.

Keeping this in view no general extension was given as the State Government is  starting the 2nd  Dose on 15 February.

However it has been made it clear that those who still come forward voluntarily in spite of initial reluctance will be given the 1st Dose.

In the meantime, State’s COVID-19 tally mounted to 3, 36,101 on Saturday as 59 more people tested positive for the infection, a health official said.

Half of the state’s 30 districts did not report any fresh case, he said.

Thirty-four new cases were reported in Quarantine Centers, while 25 infections were detected during contact tracing, the official said.

Bargarh and Sundergarh districts reported the highest number of new cases at nine each.

The state now has 787 active cases, while 3,33,351 people have recovered from the disease, 1,910 patients have succumbed to the infection and 53 others have died due to comorbidities, he said. 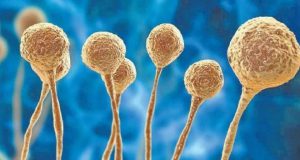 29 Died Due To Black Fungus

Tathya Correspondent - September 21, 2021 0
Bhubaneswar: Though the Covid-19 infection has improved in the State, black fungus cases have been increased and at least 29 persons have...